The Carol was perhaps overengineered: it had a very strong monocoque body, a four-cylinder four-stroke engine with a five-bearing crankshaft and four-wheel independent suspension by torsion bars, but this led to high production costs, comparably high weight, and its very comfortable ride was offset by cramped accommodation. Nonetheless, the Carol was an incredible success in the marketplace, capturing 67% of the Kei market in its first year. A better equipped DeLuxe version was added in May 1962, along with a changed angle of the rear window to help it stay clean. In September 1963, shortly after a reshaped combustion head and upgrade to 20 PS (15 kW), a four-door version appeared.

In October 1966 a minor facelift took place. The car was lightened somewhat, new bumpers were mounted, and the spare tire was moved from the front to the engine room, freeing up scarce luggage space. Also, the gearbox was now fully synchronized.The last modification took place in 1969, when in response to stricter safety standards a driver's side headrest and provisions for seatbelts were fitted. Production continued until August 1970, by which time 265,226 Carol 360s had been built. Mazda did not offer a Kei class passenger car for two years, until the 1972 introduction of the Chantez. 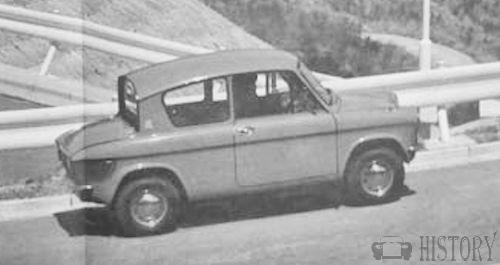