A redesigned eighth generation BJ Familia was introduced on June 9, 1998 and released on September 29, 1998 as a 1999 model. Body styles included a four-door sedan, five-door S-Wagon (sold as the Protegé5 in the United States and Canada, and Astina NU in some Asian countries), three-door hatchback. In Japan there was also a traditional five-door Wagon sold, but this car is simply a rebadged Nissan. A 4EC automatic transmission and two five-speed manual transmissions were available. All-wheel drive is optional.

The 1999 BJ platform was updated with a four-door sedan or five-door hatchback chassis based on the larger Mazda 626 and offered with more engine choices. The Japanese Mazda Familia had all-wheel drive as an option. In America, the ES's engine was still 1.8 liters, but for the eighth generation it was a smaller version of the 626's engine (the FP) rather than the sportier engine shared with the Miata which had been used previously. The rear disc brakes of the ES were downgraded to drums.

The Familia Van and Familia Business Wagon were introduced for 2000, and continued to be supplied by Nissan under an OEM deal, based on the Wingroad.

In 2001, the entire line was facelifted with new styling, a revised suspension, and a new audio system. For North America, ES models received rear disc brakes and a stiffer suspension. The 1.8 L engine was increased to 2.0 L for the ES models, and was optional on the LX model, becoming the 2.0LX. The standard 2001 Protegé LX engine was the carryover 1.6 L ZM-DE.

A 2.0 L gas engine appeared in 2001 on the Japanese market Sport 20. A tall wagon version of the Familia called the Mazda Premacy was sold in Japan as the Ford Ixion. In 1999, Ford of Japan ceased to market Mazda-based models, and the Ford Laser, along with the Ixion, Telstar and Festiva, was dropped.

For the 2001 model year in North America, Mazda introduced the limited-edition Protegé MP3 featuring a new sport-tuned suspension, 17-inch Racing Hart wheels, and a 10 hp (7 kW; 10 PS) gain for a total of 140 hp (104 kW; 142 PS), which was achieved through a tuned factory ECU which advances ignition timing requiring high octane rating gasoline, cat-back exhaust by Racing Beat, and removal of the Mazda VTCS system. The MP3 also came from the factory with a complete 450-watt Kenwood powered MP3 stereo with 10-inch (250 mm) powered subwoofer. A total of 1,500 were produced – 1,000 finished in blue, and 500 painted yellow. 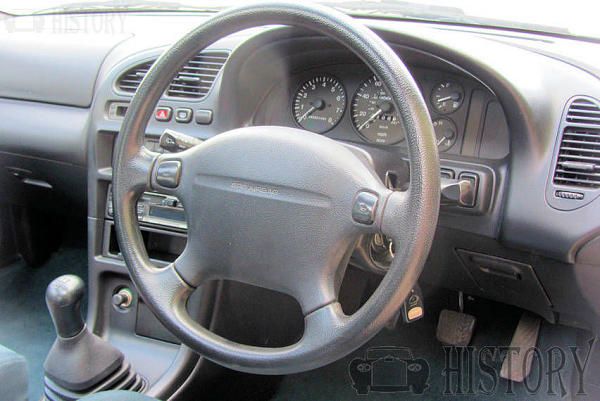 In 2003, Mazdaspeed introduced the Mazdaspeed Protegé, an update to the Protegé MP3 that had a 170 hp (127 kW; 172 PS) / 160 lb·ft (217 N·m) turbocharged engine, shared the MP3's full Racing Beat suspension, redesigned 17-inch (430 mm) wheels, larger four-wheel disc brakes, and a Kenwood stereo system that included an amplifier along with a rear-deck mounted 8-inch (200 mm) sub. Mazda then followed with a mid year change dubbed the "2003.5." This model included a different aero-kit, the same 17-inch (430 mm) Racing Hart wheels, but with a darker color, and custom interior pieces. In total, there were 4,500 Mazdaspeed Protegé models produced of which 1,750 were painted Black/Orange for first version and 2,750 of the mid-year model that were finished in Yellow/Titanium/Blue/Silver.

The 2003 ES model received a tiptronic automatic transmission as an option, as well as a new wheel design appearing on models with the 15-inch (380 mm) alloy rim option. This was also the last year of production for the Protegé.

However, the eighth generation Familia remains in production in Taiwan as the Mazda Genki (sold as hatch and sedan and with little or no styling differences to the original 1998 production model). It is also badged as the Ford Activa, which, unlike the Ford Laser, has no styling changes from the 323, except for the badges. In Southeast Asia, a version of the last Laser is still assembled in Indonesia, Malaysia, and the Philippines as the Ford Lynx.

This generation is also still in production in some South American countries (Ecuador, Colombia, and Venezuela), badged as the Mazda Allegro. Each Allegro keep in the styling of the last generation 323/Protegé/Astina/Familia. In Colombia, production of the Mazda 323 continued until 2003, built by its local subsidiary, the Compañía Colombiana Automotriz.

Chinese company FAW Haima Automobile Co., Ltd. produces a restyled version of the Familia/323 called Haima Family. It is equipped with a 1.6 L gasoline engine mated with either a 5-speed manual gearbox or 4-speed automatic gearbox. 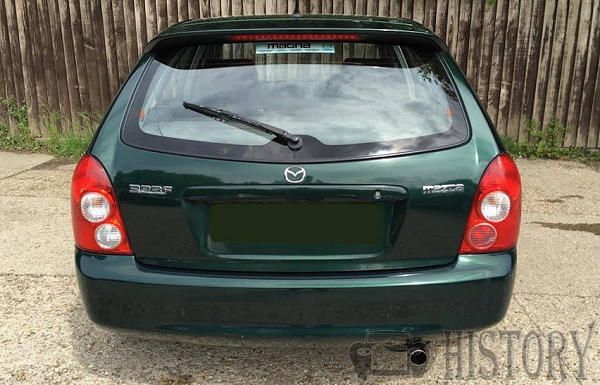