The new Elan was a huge hit right away. It was compact, light, quick, and inexpensive, with nimble handling, superb road holding, and excellent driving comfort. The car was notoriously unstable, especially when it came to the electrical system, despite the fact that it was modified and improved over time. These flaws, on the other hand, have been addressed over time. The powerful Sprint Big-Valve variants, notably the well made closed coupés, were the greatest Elan models from 1971 to 1973. In retrospect, the vehicles with the Stromberg carburettor were undoubtedly the poorest choice, but in terms of driving behaviour and technology, the drive was still a generation ahead of the competition. 9,659 copies were printed in just over ten years. 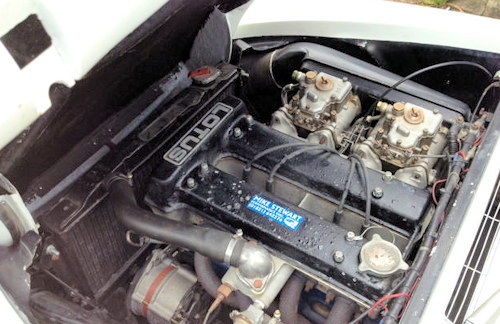 The Plus 2 had the same engines, transmissions, and suspension systems as the Elan, but a different chassis and body. The chassis also had a central tubular structure, but 31 cm more wheelbase and a wider track. Every Elan Plus 2 had a fixed coupe roof, but private manufacturers also built a few folding roof coupes.

Just like the smaller Elan, the Plus 2 was very fast and surprisingly economical, and its roadholding left nothing to be desired. In addition, it offered more space and was more practical than the two-seater. Since it was heavier than the two-seater, the Plus 2 could not accelerate as quickly, which is why Lotus built in Big Valve engines from 1971 and a new five-speed gearbox from 1972. In 1974 the Plus 2 was withdrawn from the market and replaced by the larger and more expensive Elite of the second generation. A total of 4798 Elan Plus 2 had been built.

The original Elan was introduced in 1962 as a roadster, although an optional hardtop was offered in 1963 and a coupé version in 1965. The two-seat Lotus Elan replaced the elegant, but unreliable and expensive to produce Lotus Elite.

It was the first Lotus road car with a fibreglass body and the now-famous steel backbone chassis. The Elan embodied Colin Chapman's minimum weight design philosophy, weighing in at 1,500 pounds (680 kilogrammes). The Elan was also available as a kit to be constructed by the consumer in the beginning. With a DOHC 1557 cc engine, 4-wheel disc brakes, rack and pinion steering, and 4-wheel independent suspension, the Elan was technologically advanced. The "Lotus TwinCam" engine was based on a Ford Kent Pre-Crossflow 4-cylinder 1498 cc engine with a two-valve alloy chain-driven twin-cam head designed by Harry Mundy. Ford later bought the rights to this concept and dubbed it "Lotus-Ford Twin Cam."It would go on to be used in a number of Ford and Lotus production and racing models. 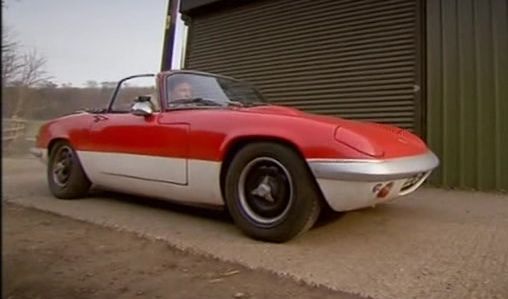