The Jensen-Healey is a two-seater convertible sports car that was originally produced between 1972 and 1976 by Jensen Motors, Ltd.

The Jensen-Healey was designed in a joint venture by Donald Healey, his son Geoffery, William Towns and Jensen Motors. It was hoped that Healey could help to contribute the sense of style that made the Austin-Healey a hit. The unitary body under structure was designed by Barry Bilbie, who had been responsible for the Austin-Healey 100, 100-6 and 3000 as well as the Sprite. 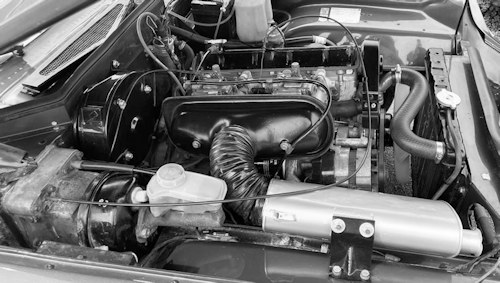 During development, the use of very different motors was tested The Vauxhall 2.3 L engine met United States emission requirements but did not meet the power target of 130 hp (97 kW). Aggregates from Ford, BMW could not supply an engine in the volumes needed, Saab and Porsche were discussed. In the end, the new Lotus 907 four-cylinder engine with a displacement of 1973 cubic centimetres was chosen, which was also to be used in the Lotus Esprit from 1976. The engine with two overhead camshafts, 16 valves all-alloy powerplant and two Dell ‘Orto carburettors (for the American market Stromberg carburettors were used for emission) puts out 144 hp in the Jensen Healey.

The initial transmission was a four speed Chrysler unit sourced from the Sunbeam Rapier. Later a Getrag 235 five speed was used. Interestingly on the five-speed gearbox the fifth gear is not an overdrive gear but a direct 1:1 ratio making this a Close-ratio transmission. Suspension was simple but effective with double wishbone and coil springs at the front, and a live rear axle with trailing arms and coils at the rear. Brakes consisted of discs at the front and drums at the rear. The suspension, steering gear, brakes and rear axle were adapted from the Vauxhall Firenza with the exception of the front brakes which were the widely used Girling Type 14 Callipers. 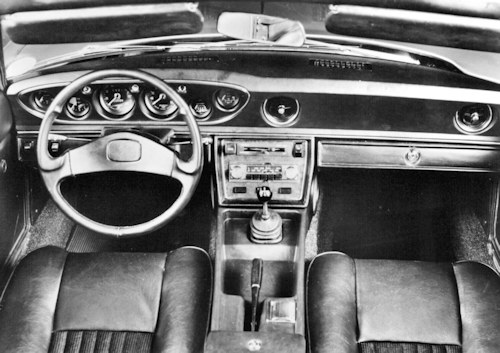 Jensen-Healey interiors started out austere and functional, with plastic centre consoles and all-black colour schemes. (Some earlier models have sport brown interiors, however.) In August 1973, aesthetic extras such as a clock, wood grain on the dashboard and glove-box and padding as well as air conditioning as an option were added. 1976 Jensen GT models went even further by offering an elaborate burr walnut wood dashboard and paisley-patterned cloth seats, with leather as an option. Inside by late 1973 as well as air conditioning as an option.

The oil crisis hit Jensen Motors hard, greatly damaging the sales of their very large V8 Interceptor model and thus degrading their financial condition as a whole. The Jensen GT was then hurriedly brought to market, requiring massive labour expense and taxing the firm's budget even further. As the Jensen-Healey continued to garner mediocre sales in the United Kingdom (though the car was relatively popular in the United States), the situation proved to be too much for the company, which, amid strike action, component shortages and inflation, proceeded to liquidate in 1975 and close their doors in May 1976. 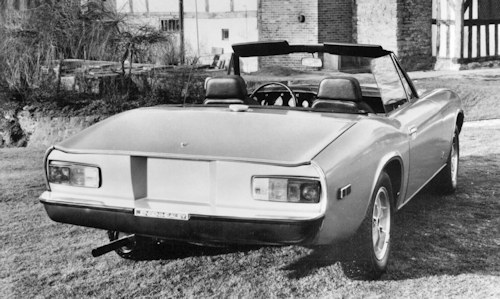