It never raced, and only one was produced. The car has not been officially valued, but a £7 million bid for it was declined by the owners in 1996.The Jaguar XJ13 was a prototype racing car developed by Jaguar to challenge at Le Mans in the mid 1960s.

Jaguar had considered the manufacture of a DOHC V12 engine as far back as 1950, initially for racing purposes, and then developing a SOHC road going version, unlike the XK which was designed as a production engine and later pressed into service for racing. The engine design was essentially two XK 6-cylinder engines on a common crankshaft with an aluminium cylinder block, although there were differences in the inlet porting, valve angles and combustion chamber shape. The first engine ran in July 1964.

The idea of a mid-engined prototype was first mooted in 1960, but it was not until 1965 that construction began, with the first car running by March 1966. The aluminium body was designed by Malcolm Sayer, the aerodynamicist responsible for the Jaguar C-type, D-type, E-type and XJS, who used his Bristol Aeroplane Company background to build it using techniques borrowed from the aircraft industry. The task of building the car was entrusted to Bob Blake - described by his contemporaries as "An Artist in Metal".William Heynes recognised as early as 1964 that a car such as the XJ13 needed an experienced race driver to help develop it. Jack Brabham was approached in this regard  but the challenge was eventually taken up by ex-Jaguar Apprentice David Hobbs. David Hobbs was recruited as the XJ13's main test driver. In 1969 Hobbs was included in a FIA list of 27 drivers who were rated the best in the world. Hobbs achieved an unofficial UK closed lap record with the XJ13 which stood for 32 years. The XJ13’s main test and development driver, Hobbs, was joined at Silverstone for the XJ13’s final test at full racing speed by another racing driver (and ex-Jaguar apprentice) Richard Attwood.

The XJ13 had mid-engine format with the 5.0 litre V12 engine mounted behind the driver, used as a stressed chassis member together with the five-speed manual ZF Transaxle driving the rear wheels.

The front suspension wishbones were similar to that of the E-Type, however where the E-Type used longitudinal torsion bars, the XJ13 had more conventional coil spring/damper units. At the rear there again remained similarities with the E-Type—the use of driveshafts as upper transverse links—however the rest was quite different, with two long radius arms per side angling back from the central body tub together with a single fabricated transverse lower link.

The development of the XJ13, although treated seriously by the designers, was never a priority for company management (despite assistant MD Lofty England's Le Mans success in the 1950s), and became less so following the 1966 merger with BMC. By that time Ford had developed the 7.0 litre GT40, and so the XJ13 was considered obsolete by the time the prototype was complete. The prototype was tested at MIRA and at Silverstone, which confirmed that it would have required considerable development to make it competitive. The prototype was put into storage and no further examples were made. 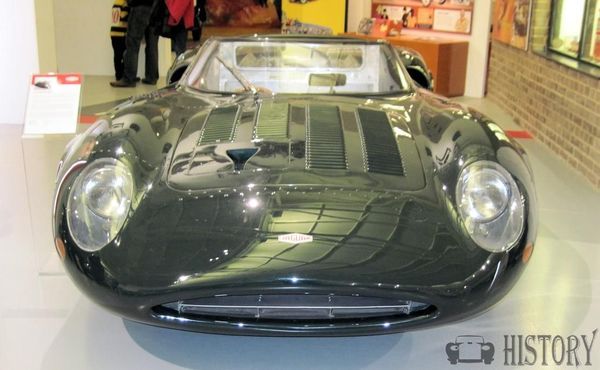 In 1971 the Series 3 E-type was about to be launched with Jaguar's first production V12 engine. The publicity team wanted a shot of the XJ13 at speed for the opening sequence of the film launching the V12 E-Type. On 21 January 1971, the XJ13 was taken to MIRA for the filming with Jaguar test driver Norman Dewis at the wheel. Sadly, the car was driven by Dewis at ill-advised speeds on a damaged tyre, against the instructions of Jaguar's Race Director "Lofty" England. The resultant crash heavily damaged and nearly destroyed the car, although Dewis was unharmed. The wreck of the car was put back into storage.

Some years later, Edward Loades spotted the crashed XJ13 in storage at Jaguar and made the offer to 'Lofty' England that his company Abbey Panels should rebuild the car. The car was rebuilt, to a specification similar to the original, using some of the body jigs made for its original construction and at a cost of £1,000 to Jaguar. In Jaguar's own words, "The car that can be seen today is not an exact reproduction of the original."  The XJ13 made its public debut in July 1973 when 'Lofty' drove it around Silverstone at the British Grand Prix meeting. It is now displayed at the Heritage Motor Centre Museum at Gaydon, UK. 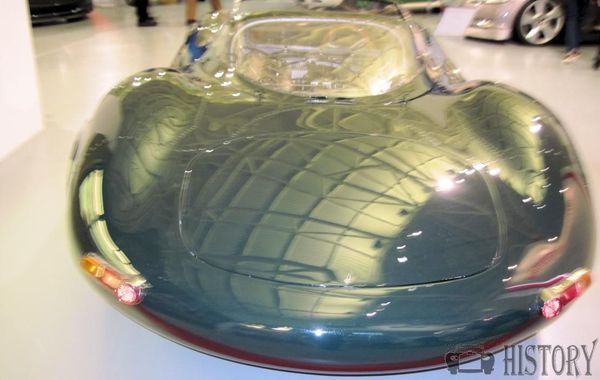