The Jaguar XK8 (project code X100) is a grand tourer car that was launched by Jaguar Cars in 1996, and was the first generation of a new XK series. The XK8 was available in coupé or convertible body styles and with the new 4.0-litre Jaguar AJ-V8 engine. In 1998 the XKR was introduced with a supercharged version of the engine. 2003 the engines were replaced by the 4.2-litre AJ34 engines in both the normally aspirated and supercharged versions.

The first-generation XK series shares its platform with the Aston Martin DB7. Both cars are derived from the Jaguar XJS, though the platform has been extensively changed. One of the revisions is the use of the second generation of Jaguar's independent rear suspension unit, taken from the XJ40. Development began in 1992, with design work starting earlier in late 1991. By October 1992 a design was chosen and later frozen for production in 1993. Prototypes were built from December 1993 after the X100 was given formal approval and design patents were filed in June 1994. Development concluded in 1996. 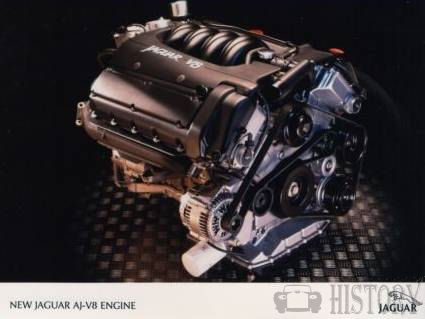 Both the XK8 and XKR are electronically limited to a maximum of 155.4 mph (250.1 km/h). The XK8 came standard with 17-inch alloy wheels, while 18-inch (Standard on the XKR), 19-inch, and 20-inch wheels are available for additional cost. A navigation system and self-leveling xenon headlamps come standard with the XKR and as options for the XK8. Jaguar's Adaptive Cruise Control is an optional feature available on both models. Both come with all-leather interior, burl walnut trim, and side airbags. Jeremy Clarkson, during a Top Gear test-drive, likened the interior of the original XK8 to sitting inside Blenheim Palace. In 2004, the grille design of the XKR was refreshed.

Only 100 Silverstone models were made in Phase I and II (model year 2000 - 01, 50 Coupé, 50 Convertible original and 75 Coupé and 175 Convertible models in more), in celebration of Jaguar's return to F1 racing in 2001. It featured high gloss paint finish, specific badges and tread plates,a high-performance package (with the same engine as the standard XKR, but improved transmission, steering, suspension and brakes), 20-inch Silver BBS wheels and a custom interior (red-stitched black leather and birds-eye maple wood) . All possible factory options were included, to the exception of the telephone and the navigation system, which had to be ordered separately.

The convertible-only Portfolio models featured either red paint with matching Recaro sports seats and interior, or blue paintwork and interiors.

In Europe the 4.2-S was unveiled at Geneva on 1 March 2005. This was the last XK to be rolled out that was based upon the original 1996 design. Features for the 4.2-S included new exterior and interior colours and two distinct veneer options for the instrument panel, polished door treadplates with chequered-flag emblems and embossed, leather-edged floor mats. The revised white Jaguar badge on the bonnet also feature chequered accents. New 19-inch Atlas wheels plus cross-drilled Brembo brake discs, red wheel badges and red brake callipers were also fitted.

Jaguar also produced a concept car called the XKR-R which was very similar to the production XKR, but boasting a more powerful 450 bhp (340 kW) engine, a manual gearbox, a limited-slip differential and improved handling. 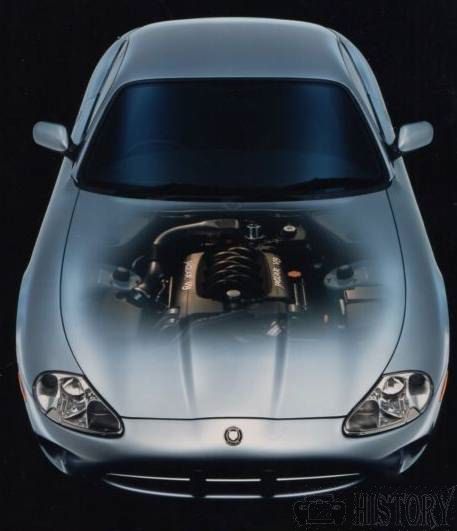 Introduced at the 2005 Los Angeles International Auto Show, the Victory Edition was offered in model year 2006, to "celebrate Jaguar's four championship wins in the North American Trans-Am road racing series and add to a successful lineage of special and limited edition XKs introduced since its launch," according to Jaguar's press statement. The statement went on to explain that "All four XK models – XK8 Coupe and Convertible and supercharged XKR Coupe and Convertible – will be offered as ‘Victory’ editions when the line-up goes on sale next summer. The new exterior styling changes introduced for the 2005 models continue to give the car a bolder, more aggressive and more muscular look." The Victory Edition was offered in all standard XK colours, plus four unique Victory Edition colours: Black Copper Metallic, Frost Blue Metallic, Bay Blue Metallic and Satin Silver Metallic. Victory Editions offered carbon fibre interior trim on XKR models, and a new Elm wood veneer on the XK8 models. Victory Editions also received special badging and accents. The "growler" badge on the hood (bonnet) had a unique checkered-flag background, and door sill plates featured checkered-flag emblems.Production of Victory Edition models was 1,050 cars. 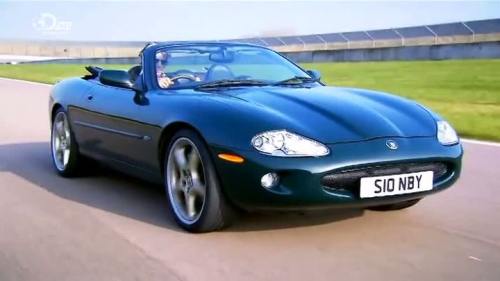