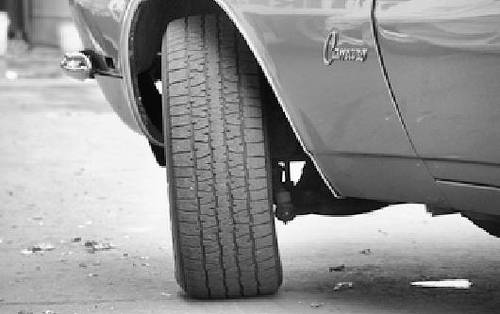 A Bundorf analysis is a way of describing the characteristics of a vehicle that govern its understeer balance. The understeer is measured in units of degrees of additional yaw per g of lateral acceleration.

Negative values are oversteering, positive values are understeering, for that axle. If the understeer contribution of the rear axle is greater than that of the front axle you get negative understeer, which is known as oversteer. The analysis is only applicable while the parameters remain constant, and thus only up to about 0.4 g.

Aligning torque. The tire does not just generate a lateral force, it generates a torque as well. This tends to rotate the vehicle as a whole.

Roll camber. As the vehicle rolls the kinematics of the suspension provide a change in the camber of the tire. This generates a force known as camber thrust.

Roll steer. As the vehicle rolls the kinematics of the suspension provide a change in the steer angle of the tire. This generates a cornering force in the normal way.

Fy compliance steer. The lateral force at the contact patch causes the wheel to rotate about the steer axis, generating a steer angle.

SAT compliance steer. The aligning torque directly twists the wheel on the compliances in the suspension, generating a steer angle.

Understeer. In this case, the tendency for an axle or vehicle to turn outwards from a corner.