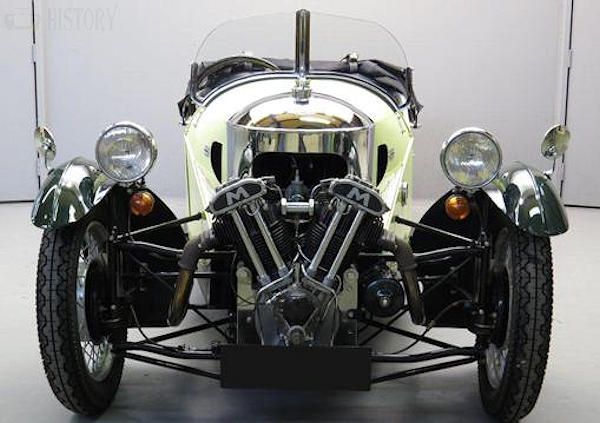 A sliding pillar suspension is a form of independent suspension for light cars. The stub axle and wheel assembly are attached to a vertical pillar or kingpin which slides up and down through a bush or bushes which are attached to the vehicle chassis, usually as part of transverse outrigger assemblies, sometimes resembling a traditional beam axle, although fixed rigidly to the chassis. Steering movement is provided by allowing this same sliding pillar to also rotate.

Sliding pillar independent suspension was first used by Decauville in 1898, the first recorded instance of independent front suspension on a motor vehicle. In this system, the stub axle carrying the wheel was fixed to the bottom of a pillar which slid up and down through a bush in a transverse axle fixed to the front of the chassis. The top of the pillar was fixed and pivoted on a transverse semi-elliptic leaf spring. This system was copied by Sizaire-Naudin a few years later.

In around 1904, the New Jersey inventor J. Walter Christie introduced a sliding pillar suspension system with vertical coil springs, which would appear to be the inspiration for that used by Lancia on its Lambda from around 1922. Lancia continued with sliding pillar suspension until the 1950s Appia. In turn, this was copied by Nash for its 600 model for one year, perhaps because each of these cars was the first in its country constructed using the very light unibody technique.

In 1909 H.F.S. Morgan introduced a superficially similar system using a sliding stub axle on a fixed pillar, used first on Morgan Motor Company cyclecars, then on their cars up to the current time. The Morgan design is an inverted sliding pillar, as are most of the later designs; the pillar is attached to the chassis and the stub axle is carried by the sliding sleeve over this.

A drawback of the sliding pillar system is that the track changes with suspension movement, particularly where the track is narrow (as for cyclecars) in relation to suspension travel. The effective track is the hypotenuse AC or AD of the triangle ABC, where AB is the fixed pillar spacing. This track change increases tyre scrub.