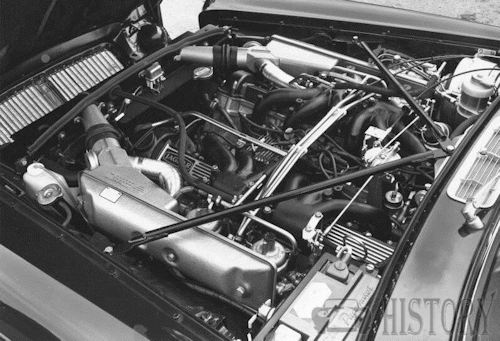 The Jaguar V12 engine was a V12 automobile engine produced by Jaguar Cars. Based loosely on an earlier design for an intended Le Mans car, the Jaguar XJ13, it was first seen in the Series 3 Jaguar E-type of 1971. The V12 was only Jaguar's second engine design to go into production in the history of the company. The all-alloy block was fitted with removable wet liners and had a SOHC two-valve alloy head with flat block mating surface, and the combustion chamber in the piston crown carved in a shallow cup form. It was regarded by some as one of the premier powerplants of the 1970s and 1980s.

Initial designs for the V12 were produced as early as 1954, with a view to using it in a Le Mans car. The engine was to be a 5.0-litre, quad-cam engine with a high redline, which shared the same basic architecture of the XK cylinder head. After Jaguar withdrew from racing, the V12 designs lay forgotten until 1963 when Jaguar Cars purchased Coventry Climax and, as a result, Walter Hassan who designed the XK engine with William Haynes at SS Cars Ltd, rejoined the team together with Harry Mundy and Claude Baily.

The engine was re-examined as a possible powerplant for a return to Le Mans. After an extensive redesign by the team, the alloy block DOHC engine with fuel injection was born, and installed on the Jaguar XJ13 in 1966. After its racing aspirations were put on hold in 1967, the team considered the use of this quad-cam configuration for road use but it was judged to be too complex, large and heavy, as well as unacceptably noisy for a luxury limousine, which was contemplated at the time.

The racing engine was extensively redesigned and the cylinder heads were replaced with a more conventional two-valve design, employing a SOHC acting directly on vertically inclined valves through bucket tappets, in a move that bore striking similarity to the cylinder head design of the contemporary Rover 2000, a similarity which is further noted in the use of a flat-cylinder head and dished 'heron' pistons of both engines. These changes greatly reduced complexity, weight, size and noise. The revised head design had restrictive and long inlet ports which sacrificed top-end power but which, along with an increase in displacement to 5.3 litres, greatly improved performance at low-mid engine speeds, which was desirable in what was planned to be a heavy luxury car. The chain-driven SOHC heads and the soft valve springs fitted to reduce valvetrain noise resulted in the redline being lowered to 6,500 rpm from the 8,000 rpm of the original quad-cam design. When the limousine project was cancelled the engine was again retired for a number of years before finally seeing production in the series III E-type in 1971. 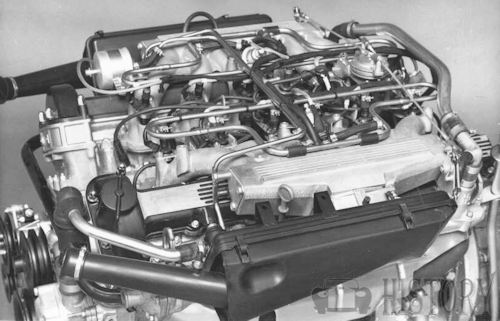 The 5.3-litre (5,344 cc)(326.1 ci) version had an oversquare 90 mm (3.5 in) bore and 70 mm (2.8 in) stroke. It produced 210 kW (282 hp), (242 hp (180 kW) to 295 hp (220 kW) depending on emission controls and compression ratio) and 400 N⋅m (300 lbf⋅ft) in fuel-injected form. Right from the start of production in 1971 for the Series 3 E-Type, the V12 engine had Lucas OPUS electronic ignition. This system was used until 1982 when the Lucas CEI system was introduced. Initially the OPUS ignition amplifier unit was secured directly to the engine between the cylinder heads and had problems due to overheating. Later cars had the ignition amplifier moved away from the engine where it could get air flow for cooling. Originally the V12 was supposed to get an advanced fuel injection system under development by AE Brico but this plan was cancelled at a late stage, possibly due to concerns that the design was too similar to Bosch products. The V12 as used in the Series 3 E-Types, Series 1 XJ12 and early Series 2 XJ12s (1973-April 1975) had four Zenith-Stromberg side draft carburettors. After April 1975, the V12 engine used in the S2 XJ12 and the new XJS had a Lucas fuel injection system which was based around the Bosch D-Jetronic system.

This version was used in the following cars:

A high-efficiency 5.3 HE version debuted in 1981. This used the special high-swirl design "May" cylinder heads, and had an unusually high compression ratio (10.5:1 – 12.5:1, depending on market and year). In any given market, power levels remained similar to the previous model, but fuel economy was improved by nearly 50%. The HE V12 engines had a fuel injection system from Lucas (dubbed Lucas Digital P) which was based on the Bosch D-Jetronic system.

The Lucas CEI ignition system continued until mid-1989, when it was superseded on the XJ-S by a system from Magneti Marelli. Series 3 XJ12 and Daimler Double Six cars used the Lucas CEI system until the end of production in 1992. The Marelli ignition system was used until the end of XJ-S production and on the 6.0 L V12 used in the XJ81 four-door saloons made in 1993 and 1994.

The 6.0 HE was used in the following cars:

In 1985, Tom Walkinshaw Racing became Jaguar's official team in World Endurance Championship, taking over the project from American team Group 44. Their first car, XJR6, used the 6.0 L engine, but in the following year the engine was upgraded to 6.9 L and in 1988 the XJR9 used the engine's most famous displacement of 7.0 L. By 1991, the V12 was good for 7.4 L inside the XJR12, developing an impressive 750 bhp (559 kW)

TWR also upgraded production Jaguar cars (usually XJRS's), with a variety of styling, handling and performance modifications. Most of the cars thus modified were straight from the Jaguar factory and sold through Jaguar dealerships.

By 1989, TWR were selling moderate numbers of XJRS's fitted with a 6.0 litre version of the V12, which pre-dated the Jaguar production version by some 3 years.

Lister Cars, a well-known Jaguar tuner with a long history of technical collaboration with the British automaker. The first Jaguar Lister XJRS's were built by the company BLE Automotive in Erdington, Birmingham in the early 1980s until the Lister brand was passed on to WP Automotive of Leatherhead . In 1991, they fitted the 7.0 L (6995 cc/426.9 in³) version of the engine, with a 94 mm (3.7 in) bore and 84 mm (3.3 in) stroke, into a modified Jaguar XJS, which was rebadged Lister Le Mans. This engine officially produced 407.2 kW (546 hp) and 786.37 N·m (580 lb·ft). From 1993, Lister Cars owner Laurence Pearce produced the company's first in house design the Lister Storm, which, naturally, continued using the V12 engine, both on the road and on the track, the car becoming a mainstay of the FIA GT Championship and several national championships for the following decade. 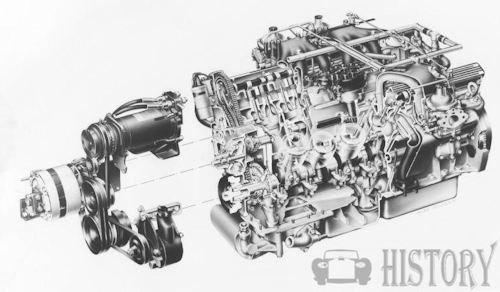