The AJ6 (Advanced Jaguar 6-cylinder), and the similar AJ16, was an inline-6 piston engine used by Jaguar in the 1980s and 1990s. It was designed to replace the much-loved Jaguar XK6 engine, and was introduced in 1984. The AJ6 was only the third engine ever designed by the company. The AJ16 was replaced in 1996 with the Jaguar developed Jaguar AJ-V8 engine.

Jaguar had considered cutting the V12 in half to build a V6, or possibly a V8, but chose instead to develop a new inline-6. The cylinders are inclined, as in a slant-6, by 22 degrees. It uses an aluminum block to reduce weight, and has an optional DOHC head for higher efficiency and power.

3.6
The 3.6 was the first AJ6 engine, debuting in 1983 on the XJ-S. It had DOHC 4-valve heads with a 91 mm (3.6 in) bore and 92 mm (3.6 in) stroke. Power was 165 kW (224 PS; 221 hp) with 325 N⋅m (240 lb⋅ft) of torque. Power was reduced to 201 hp (150 kW) for versions having catalytic exhaust system. Early versions of the 3.6L AJ6 as used in the 1984 - 1987 XJ-S cars had a conventional distributor type of ignition system with electronics within the distributor body. This early AJ6 ignition system is nearly identical to the system used on the XK engine in the Series III XJ6 cars. The Lucas fuel injection system on the 3.6L AJ6 engines in these early XJ-S cars sensed engine load using a Manifold Absolute Pressure (MAP) sensor just like the V12 cars from the same era. Later 3.6L AJ6 engines as used in the 1986–1989 XJ40 cars had a crank-sensor type of ignition system with a bare distributor that only carried the spinning ignition rotor inside the distributor cap. The fuel-injection system used on the later 3.6L AJ6 engines used a hot-wire Mass Air Flow sensor to determine engine load.

Vehicles using the 3.6 were:

The 2.9 Engine was, as in earlier years the 2.8 XK-engine, sized to match road-tax regulations in some European Countries like Italy or France. In France cars with more than 3 litres of engine size had to pay a luxury tax. 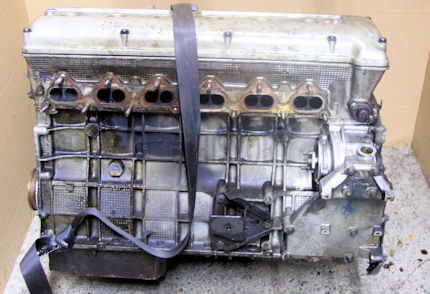 TWR modified XJ40s resulting in the XJR. Jaguarsport was also formed as a partnership between TWR and Jaguar. The first XJR, the XJR 3.6L, had extensive appearance changes coupled with stiffer suspension, anti-roll bar/links, power steering valve that reduced efficiency by 40% and an LSD but no performance enhancements. Interior-wise it included special stitching, "sport" or "XJR" embossed front headrests, and Jaguarsport speedometer labels and tread-plates.

1990 XJRs had the upgraded 4L engine with the old style body-kits, and appearance changers.

XJR 4.0Ls from 1990 on had all of the XJR 3.6 handling upgrades and benefits from engine enhancements such as high lift cams, improved double plenum inlet manifold, and a compression ratio of 9.75:1. They were sent to TWR in Coventry to be modified directly after being produced. 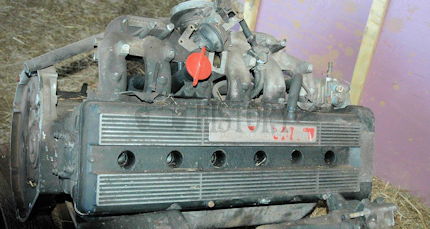 The exterior changed again for the last generation of the XJ40 XJR (from H-registration year onwards). Bodykit was re-sculptured and the boot spoiler was deleted. Side mouldings were now added, with the smaller "XJR" badge embedded in them. Engine now had a plaque saying "Jaguarsport XJR 4L" on the rocker cover. XJR badge size was decreased on the boot (had previously ranged from XJR-3.6, XJR-4L, 4-litre and "XJR". The later one ("XJR") is most common and the only badge you could choose on the boot infil panel models. A "sport" one on the front within its own unique XJR grill. In this unique grill a "sport" badge was installed. Interior even had XJR specific wood (SPB part number). 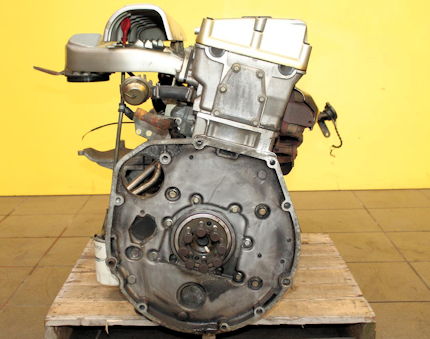 Following the launch of the Aston Martin DB7, the Jaguar AJ6 was used by Aston Martin as well (both companies being owned by Ford at the time). This version featured an Eaton supercharger.

Jaguar XJS (4.0 only)
Aston Martin DB7 (modified, supercharged 3.2)
Jaguar XJ6
Jaguar Sovereign
Jaguar XJR (4.0 only)
Daimler Six
AJ16
Both the 3.2 and 4.0 were substantially revised for the 1995 launch of the new X300 saloon. These are the "AJ16" engines, both now featuring coil-on-plug distributorless ignition, new engine management systems, magnesium alloy valve covers, revised pistons and other detail changes. The AJ16 was discontinued with the launch of the AJ-V8 (XK8 and XJ8 in 1996/7). 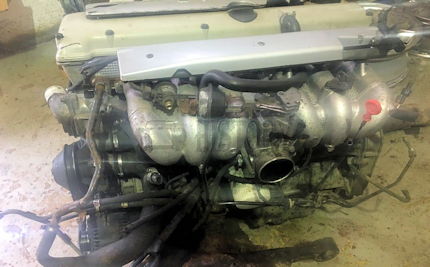 For the launch of the new X300 saloon for 1995, substantial revisions were made to the 4.0 L and 3.2 L AJ6 engines. The new design was called the AJ16 to reflect the major differences between it and the original AJ6.