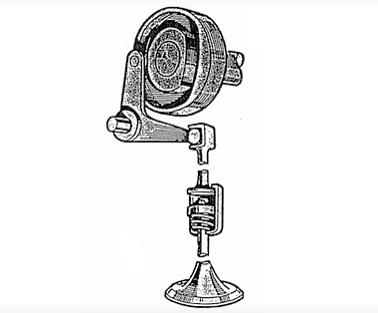 A desmodromic valve is a reciprocating engine valve that is positively closed by a cam and leverage system, rather than by a more conventional spring.

The valves in a typical four-stroke engine allow the air/fuel mixture into the cylinder at the beginning of the cycle and exhaust gases to be expelled at the end of the cycle. In a conventional four-stroke engine valves are opened by a cam and closed by return spring. An engine using desmodromic valves has two cams and two actuators, each for positive opening and closing without a return spring.

The word itself comes from the Greek words desmos (δεσμός, translated as "bond" or "knot") and dromos (δρόμος, "track" or "way"). Denoting this way the major characteristic of the valves being continuously bound to the camshaft, a tied way.

The common valve spring system is satisfactory for traditional mass-produced engines that do not rev highly and are of a design that requires low maintenance. At the period of initial desmodromic development, valve springs were a major limitation on engine performance because they would break from metal fatigue. Vacuum melt processes developed in the 1950s helped remove impurities in the steel used to make valve springs, although after sustained operation above 8000 RPM often springs would still fail. The desmodromic system was devised to remedy this problem. Furthermore, as maximum RPM increases, higher spring force is required to return the valve, leading to increased cam drag and higher wear on the parts at all speeds, problems addressed by the desmodromic mechanism.

Fully controlled valve movement was conceived during the earliest days of engine development, but devising a system that worked reliably and was not overly complex took a long time. Desmodromic valve systems are first mentioned in patents in 1896 by Gustav Mees The 1914 Grand Prix Delage and used a desmodromic valve system (quite unlike the present day Ducati system).

Azzariti, a short lived Italian manufacturer from 1933 to 1934, produced 173 cc and 348 cc twin-cylinder engines, some of which had desmodromic valve gear, with the valve being closed by a separate camshaft.

He was quoted to say:

The specific purpose of the desmodromic system is to force the valves to comply with the timing diagram as consistently as possible. In this way, any lost energy is negligible, the performance curves are more uniform and dependability is better.

The engineers that came after him continued that development, and Ducati held a number of patents relating to desmodromics. Desmodromic valve actuation has been applied to top-of-the-range production Ducati motorcycles since 1968, with the introduction of the "widecase" Mark 3 single cylinders.

In 1959, the Maserati brothers introduced one of their final designs: a desmodromic four-cylinder, 2000cc engine for their last O.S.C.A. Barchetta.

In modern engines, valve spring failure at high RPM has been mostly remedied. The main benefit of the desmodromic system is the prevention of valve float at high rpm. It has the primary disadvantages of complexity, since there are more components, and lack of understanding, which prevents people from straying from the well-known conventional valvetrain with its valve springs.

In traditional sprung-valve actuation, as engine speed increases, the momentum of the valve will eventually overcome the spring's ability to close it completely before the piston reaches TDC (Top Dead Centre). This can lead to several problems. First, and most damaging, the piston collides with the valve and both are destroyed. Second, the valve does not completely return to its seat before combustion begins. This allows combustion gases to escape prematurely, leading to a reduction in cylinder pressure which causes a major decrease in engine performance. This can also overheat the valve, possibly warping it and leading to catastrophic failure. In sprung-valve engines the traditional remedy for valve float is to stiffen the springs. This increases the seat pressure of the valve (the static pressure that holds the valve closed). This is beneficial at higher engine speeds because of a reduction in the aforementioned valve float. The drawback is that the engine has to work harder to open the valve at all engine speeds. The higher spring pressure causes greater friction (hence temperature and wear) in the valvetrain.

The desmodromic system avoids this problem, because it does not have to overcome the static energy of the spring. It must work against the momentum of the valve opening and closing, and that force still depends on the effective mass of the moving parts. The effective mass of a traditional valve with spring includes one-half of the valve spring mass and all of the valve spring retainer mass. However, a desmodromic system must deal with the moment-of-inertia of the two rocker arms per valve, so this advantage depends greatly on the skill of the designer. Another disadvantage is the contact point between the cams and rocker arms. It is relatively easy to use roller tappets in conventional valvetrains, although it does add considerable moving mass. In a desmodromic system the roller would be needed at one end of the rocker arm, which would greatly increase its moment-of-inertia and negate its "effective mass" advantage. Thus, desmo systems have generally needed to deal with sliding friction between the cam and rocker arm and therefore may have greater wear. The contact points on most Ducati rocker arms are hard-chromed to reduce this wear. Another possible disadvantage is that it would be very difficult to incorporate hydraulic valve lash adjusters in a desmodromic system, so the valves must be periodically adjusted.

Before the days when valve drive dynamics could be analyzed by computer, desmodromic drive seemed to offer solutions for problems that were worsening with increasing engine speed. Since those days, lift, velocity, acceleration, and jerk curves for cams have been modeled by computer to reveal that cam dynamics are not what they seemed. With proper analysis, valve adjustment, hydraulic tappets, push rods, rocker arms, and above all, valve float, became things of the past without desmodromic drive.

Today most automotive engines use overhead cams, driving a flat tappet to achieve the shortest, lightest weight, and most inelastic path from cam to valve, thereby avoiding elastic elements such as pushrod and rocker arm. Computers have allowed for fairly accurate acceleration modeling of valve-train systems.

Before numerical computing methods were readily available, acceleration was only attainable by differentiating cam lift profiles twice, once for velocity and again for acceleration. This generates so much hash (noise) that the second derivative (acceleration) was uselessly inaccurate. Computers permitted integration from the jerk curve, the third derivative of lift, that is conveniently a series of contiguous straight lines whose vertices can be adjusted to give any desired lift profile.

Integration of the jerk curve produces a smooth acceleration curve while the third integral gives an essentially ideal lift curve (cam profile). With such cams, that mostly do not look like the ones "artists" formerly designed, valve noise (lift-off) went away and valve train elasticity came under scrutiny.

Today, most cams have mirror image (symmetric) profiles with identical positive and negative acceleration while opening and closing valves. However, some high speed (in terms of engine RPM) motors now employ asymmetrical cam profiles in order to quickly open valves and set them back in their seats more gently to reduce wear. As well, production vehicles have employed asymmetrical cam lobe profiles since the late 1940's, as seen in the 1948 Ford V8. In this motor both the intake and exhaust profiles had an asymmetric design. More modern applications of asymmetrical camshafts include Cosworth's 2.3 liter crate motors, which use aggressive profiles to reach upwards of 280 brake horsepower. An asymmetric cam either opens or closes valves more slowly than it could, speed being limited by Hertzian contact stress between curved cam and flat tappet from accelerating the mass of valve, tappet and spring.

In contrast, desmodromic drive uses two cams per valve, each with separate rocker arm (lever tappets). Maximum valve acceleration being limited by cam-to-tappet galling stress, is governed by moving mass and cam contact area. Rigidity and contact stress are best achieved with conventional flat tappets and springs whose lift and closure stress is unaffected by spring force, both occurring at the base circle where spring load is minimum and contact radius is largest. Curved (lever) tappets of desmodromic cams cause higher contact stress than flat tappets for the same lift profile, thereby limiting rate of lift and closure.

With conventional cams, stress is highest at full lift, when turning at zero speed (engine cranking), and diminishes with increasing speed as inertial force of the valve counters spring pressure, while a desmodromic cam has essentially no load at zero speed (in the absence of springs), its load being entirely inertial, and therefore increasing with speed. Its greatest inertial stress bears on its smallest radius. Acceleration forces for either method increase with the square of velocity resulting from kinetic energy.

Valve float was analyzed and found to be caused largely by resonance in valve springs that generated oscillating compression waves among coils, much like a Slinky. High speed photography showed that at specific resonant speeds, valve springs were no longer making contact at one or both ends, leaving the valve floating before crashing into the cam on closure.

For this reason, today as many as three concentric valve springs are sometimes nested inside one other; not for more force (the inner ones having no significant spring constant), but to act as snubbers to reduce oscillations in the outer spring.

An early solutionto oscillating spring mass was the mousetrap or hairpin spring used on Norton Manx engines. These avoided resonance but were ungainly to locate inside cylinder heads.

Valve springs that do not resonate are progressive, wound with varying pitch or varying diameter called beehive spring from their shape. The number of active coils in these springs varies during the stroke, the more closely wound coils being on the static end, becoming inactive as the spring compresses or as in the beehive spring, where the small diameter coils at the top are stiffer. Both mechanisms reduce resonance because spring force and its moving mass vary with stroke. This advance in spring design removed valve float, the initial impetus for desmodromic valve drive. 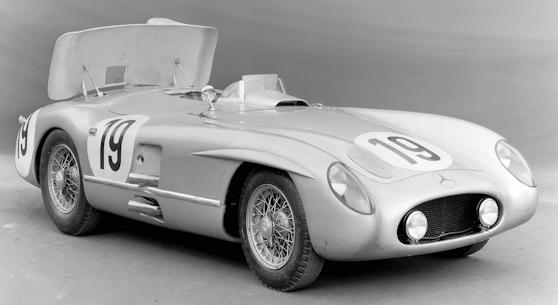