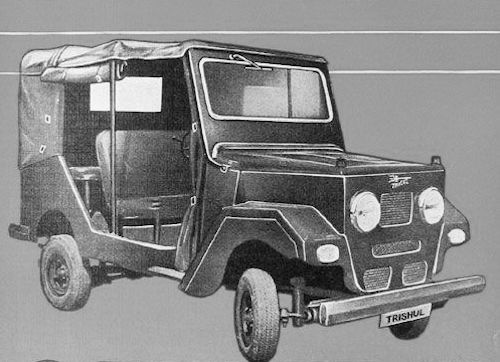 The offer included small off-road vehicles. They were 300 cm long and weighed about 600 kg. A diesel engine of Lombardini with 510 cc displacement and 12 PS performance was fitted at the front in the vehicle and drive to the rear wheels. The maximum speed was given as 64 km / h. The base formed a tubular frame made of steel . On it various six -seated steel body were mounted. Are handed down open superstructures, four-door versions and designs as a taxi .

Approximately 1995 ended vehicle production. In the offer were SUVs with the model name Champion .  A diesel engine of Perkins Engines with 3150 cc displacement powered vehicles.