The Hudson Terraplane Utility Coupe is an automobile that was manufactured by Hudson Motor Car Company of Detroit, Michigan, between 1937 and 1942.

In 1937 (the first year of production), the automobile was known as the Hudson Terraplane Utility Coupe. It was one of 17 different models in the Terraplane line (nine in the "Deluxe"/Series 71 line and eight in the "Super Terraplane"/Series 72).

For the 1938 model year, the Terraplane brand was dropped for both trucks and autos, and afterwards the vehicle was called the Hudson Utility Coupe for the rest of its production cycle.

Even though the manufacturing of civilian automobiles was discontinued from 1942 to 1945 (so all production could be dedicated to the war effort).), Hudson did not then resume making the utility coupe after the war ended.

Not only was this particular coupe model rare, it was also different from a regular coupe because it could be used either as a car or a truck. The Hudson Utility Coupe had a 212 cu in (3.5 L) L-head straight-six engine. This engine produced 96 horsepower, giving the Hudson Terraplane Utility coupe the most power of its class, for that time. Not only did the utility coupe have power, it also had strength, the complete load capacity being rated for a half ton. The Hudson Utility Coupe had a strong 117-inch (2,972 mm) wheelbase platform. 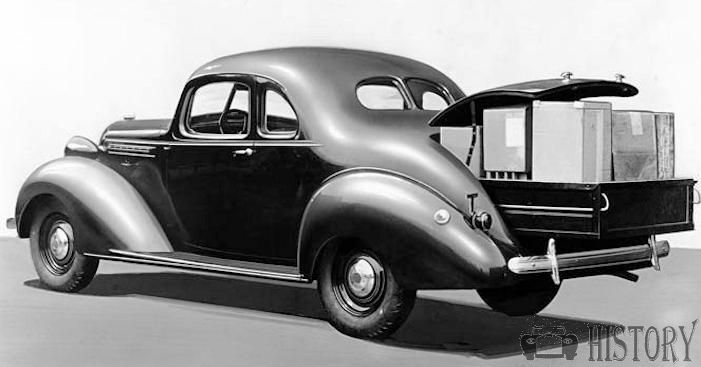 Inside of Hudson’s utility coupe’s trunk was a steel constructed box, complete with functional tail gate that was chain supported. This box could slide out using a “slide rail system”, similar to drawers found on tool boxes. There were handles "mounted on the end of the box" to help make it easier to slide the drawer like feature out. When the box was being pulled out, there were two points in which it could be extended, this was to make the loading and unloading of cargo easier. The ability to pull the box out is what made the utility coupe capable of being used like a pickup truck. If there was no need for it in its pickup form, the box could simply be slid back into the trunk of the coupe. Once the trunk was closed the Hudson utility coupe would look as if it were a regular car.

The Hudson Terraplane Utility Coupe was a business car, especially for salesman who drove from door to door. The new design allowed the salesman to be able haul the products they were trying to sell no matter what the weather was like. If they were transporting a product that was long, the salesmen were able to slide the cargo box out and let the tailgate down. They could also detach the trunk door for the larger products, if necessary. 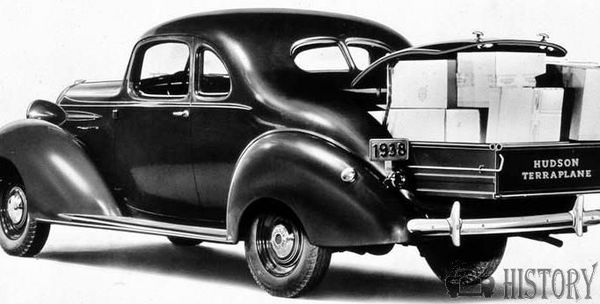