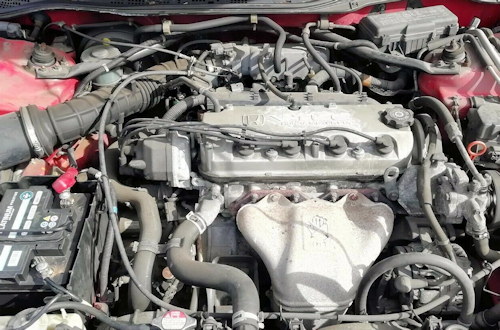 The Honda F18 type engine is an in-line 4-cylinder gasoline engine for medium-sized vehicles manufactured by Honda Motor Co., Ltd from 1989 to 2003.

F18A (SOHC) were adopted for the first time in the 4th generation Accord and 1st generation  Rover 618 and Ascot first announced on September 13, 1989. It is the successor to the A-type, and is a sibling design to the H-type.Equipped with two intake and exhaust valves, and a spark plug was placed in the centre of the ceiling of the combustion chamber. In addition, the SOHC specification tilts the upper side toward the intake valve in order to avoid the camshaft. The aluminium die -cast cylinder block with four-cylinder bores adopts a deep skirt shape to increase the support rigidity of the crankshaft. A balancer was also installed to reduce the vibration of the secondary engine.The F18 engine was used until 5th generation Accord upto 2003. 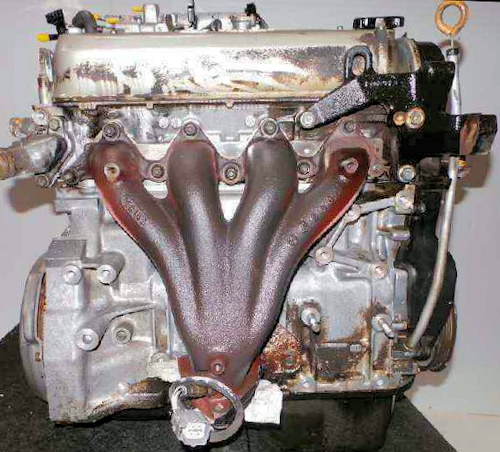 It is equipped with a variable valve timing lift mechanism for the purpose of achieving both high output and practicality. Two types of cam pieces are provided only on the intake side camshaft, and the swing arm that contacts there is switched to change the opening and closing timing of the intake valve (valve timing) and the amount of lift. There is a specification similar to " VTEC-E ", which performs lean burn operation with one side almost inactive. Furthermore, a roller is applied to the sliding part of the rocker arm came to reduce friction.

Although it is only for PGM-FI specifications, AAI (air assist injector) that supplies secondary air from the intake manifold to some specifications to promote fuel atomization and a swirl port that functions when the intake valve is inactive. is equipped with in addition, an electric EGR valve is used to increase the EGR flow rate and control it with high accuracy, thereby reducing NOx emissions and improving fuel efficiency. 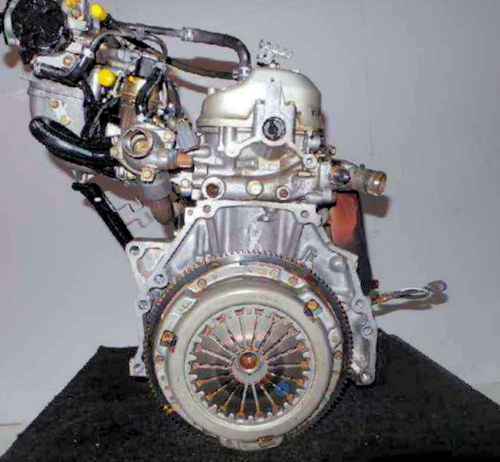