Automotive manufacturers Dingolfing, Germany from 1955 until 1969 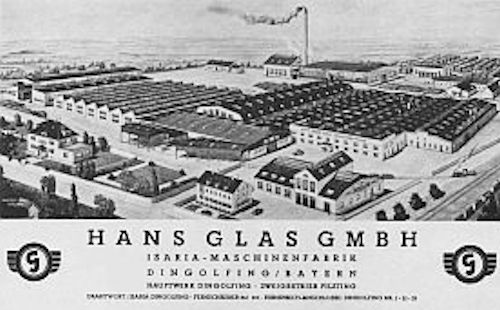 Hans Glas GmbH is a former German automotive company, which was based in Dingolfing. Originally a maker of farm machinery, Glas evolved first into a producer of motor scooters, then automobiles. It was purchased by BMWin 1966, mainly to gain access to Glas's patents; they were the first to use a timing belt with an overhead camshaft in an automotive application. Its limited model range was shortly phased out by its new parent. 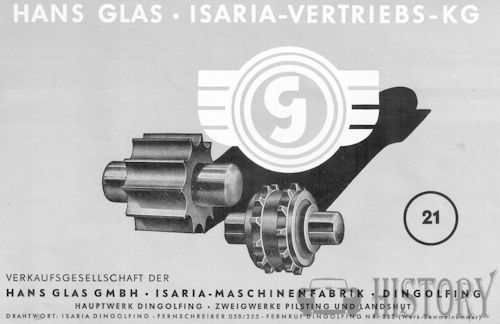 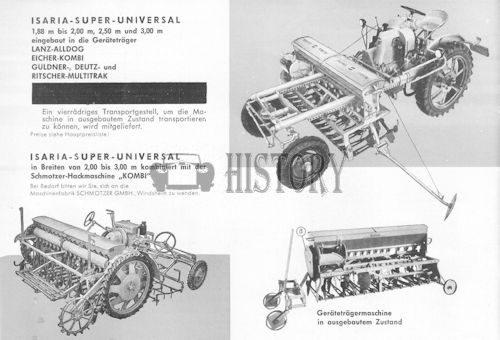 Glas were known for small cars like the Goggomobil. In 1964 the company introduced the Glas 1300 GT coupe and later the 1700 GT. The body was designed by Pietro Frua. However competition, mostly from British cars, was tough and in 1966 they released the 2600GT powered by a SOHC V8 engine, with a volume just under 2.6 litres. However this didn't help and later the same year the company was sold to BMW. The Glas models were kept in production by BMW, but fitted with BMW engines. The Glas 1300 GT coupe was fitted with a 1.6-litre BMW engine and renamed BMW 1600 GT. BMW also fitted a 3-litre engine and named it 3000 GT. This model kept the Glas name, but had a BMW logo in the front and rear. In 1968 BMW created their own large coupe, the BMW 2500 CS, and this meant the end for Glas. 277 copies of 2600 GT was made and 389 of the 3000 GT.

In 1962 BMW released the BMW 1500. The popular four-door compact's success exhausted the production capacity of the Munich plant. In 1966 management decided to buy Glas and absorb the Glas model line. Most of Glas' existing lineup was retired, while some models ended up being badged as BMWs until the company was fully absorbed. It was reputed that the acquisition was mainly to gain access to Glas' development of the timing belt with an overhead camshaft in automotive applications, although some saw Glas' Dingolfing plant as another incentive. However, this factory was outmoded and BMW's biggest immediate gain was, according to themselves, a stock of highly qualified engineers and other personnel. The Glas factory began the manufacture of BMW front and rear axles until they could be modernized and fully incorporated into BMW.

BMW immediately retired most of the Glas range, including all of the outdated microcars. 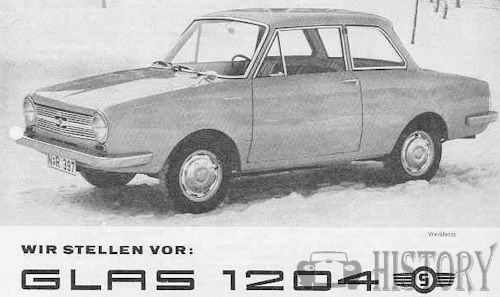 In the late 1960s BMW shut down Glas and built entirely new production facilities, which would eventually become an important production site. As of 2008, BMW's Dingolfing branch is BMW's largest factory, with 22,000 workers producing 5-, 6- and 7-Series cars and as well as bodies for Rolls-Royce.