At the Detroit Motor Show 2012, Ford introduced the new 2nd generation, which was launched in the fall of the same year.

The car was initially produced exclusively in the Mexican Ford plant Hermosillo , later also in the Flat Rock Assembly Plant .

The Fusion is the first model to be built on Ford's new global CD platform . In Europe and Asia, the new generation of the Ford Mondeo , which has been available since autumn 2014 and is largely identical, is also based on this platform.

The new model is available in North America exclusively as a notchback sedan. As engines two are EcoBoost engines offered, and a full-hybrid version and a fusion Energi -called plug-in hybrid version. Ford offers the merger in the North American market in three trim levels. 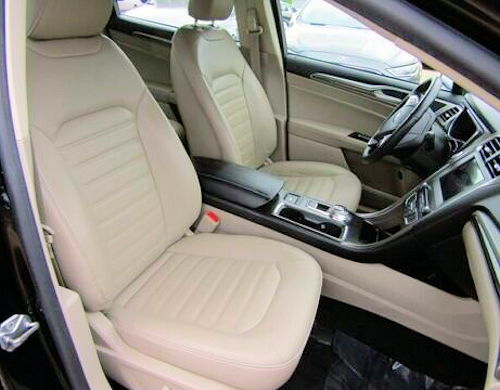 The gasoline engines of the EcoBoost generation achieved by turbocharging and gasoline direct injection a relatively high performance with low gasoline consumption, which is further reduced by an automatic start stop feature . The 2.0-liter gasoline engine has a 6-speed powershift - automatic transmission with double clutch technology and is also equipped with all-wheel drive available.

Both hybrid versions have lithium-ion batteries and should be able to drive up to a speed of 100 km / h purely electric. The combustion engine is a newly developed four-cylinder with 2.0 liter displacement, which also works on the Atkinson cycle . It provides the same performance as the previous model generation, powered by a 2.5-liter engine, with significantly lower emissions and fuel consumption. This is equivalent to 5.0 to 5.3 liters per 100 km.

Fusion Energi is a plug-in hybrid version, which will be sold in the US from 2013 onwards. The car can drive 32 miles purely electric. The average consumption is 2.7 liters of gasoline per 100 kilometers.

In addition, the hybrid models have an active noise control (Active Noise Control). With the help of the audio system, acoustically disturbing influences from the tires are reduced in favor of the engine sound. 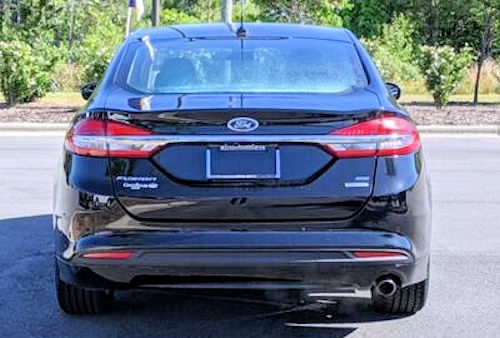