The first Cortina was presented on September 21, 1962 and was produced in England until 1966 and in some other countries until 1967.

The Ford Cortina was produced from 1962 to 1982 by the English Ford works in Dagenham as a two- and four-door sedan  and as a estate station wagon. In the 1960s, BMC had huge sales of the Mini, the first post-war British small car to be successful. The British Ford understood that it was not the case to develop a small car, as the production costs would be too high and the competition too fierce, so they decided to create a large car for the family to be produced in large volumes. The result was the Cortina which was launched in September 1962. Until the modest facelift of 1964 its name was Consul Cortina, to be later sold simply as Cortina. Apart from the slight differences between these two first versions, it was easy to distinguish between the two models simply by observing the writing shown in a long and low rise placed transversely on the front hood (consul in the first version and Cortina in the next). A notable feature already present in the first model was the adoption of a gear lever at the bottom between the two seats instead of on the steering wheel, in the position that was typical of almost all the cars of the period. The lever itself was characterized by an appreciable length and a broken shape, which favoured its use.

The Cortina was launched a few weeks before the London Motor Show in October 1962 with a 1197 cc engine, which was an enlarged version of the 997-cc fitted to the Ford Anglia. A few months later, in January 1963, the Cortina Super with a 1499 cc was announced. Other variants originated from this engine, including the Cortina GT presented in the spring of 1963 with a lowered suspension and the engine boosted to 78 hp, instead of the 60 hp of the Cortina 1500 Super. The car's engines all belonged to the same family and differed only in displacement and delivery curve. The scheme adopted was the 4 -cylinder with the intake and exhaust ports located on the same side of the cylinder head. The most powerful version of this family of engines was the one mounted by the Cortina GT, the 1499 cc of 78 hp, obtained with a different cam profile, a new cylinder head and a double-barrel Weber carburettor. The car was offered in two and four- door sedan and four-door station wagon variants. The trim levels were the Standard, the Deluxe, the Super and the GT. The station wagon version had a load capacity at the top of the category and had the possibility of mounting strips in imitation wood along the side, as in the great American family members of the time.

The Cortina was newly added to the model range and placed between the Ford Anglia and the Ford Consul Classic. It was developed under the project name "Archbishop" - a reference to the "Cardinal" project, which resulted in the German Taunus 12M. The Cortina was built simply and rationally and was an instant hit. While the Ford 12M was developed in the American engineering centre, the Cortina was a British development and was also available in a four-door version. Compared to the Ford Anglia 105E, a considerable increase in space has been achieved with only 50 kg more weight.

The Cortina was available with 1200  and 1500 displacement four-cylinder engines and side camshaft. The 1.5-litre engine had a five-bearing crankshaft and was available as a "GT" with 25% more power, a Weber carburettor, a modified exhaust pipe and cylinder head. The easy-to-shift four-speed gearbox was fully synchronized. With the 12-volt electrical system and the front disc brakes, from 1965 also in the 1200 Deluxe, Ford equipped cars in this class with such safety features early on. Ultimately, the decisive factor for the great sales success of this series was probably the spacious five-seater body designed by Roy Brown Jr. with a large trunk and a pleasing exterior.Early Standard models featured a simple body coloured front grille, earning it the nickname 'Ironbar'. Since this version cost almost the same as the better equipped Deluxe it sold poorly and is very rare today. Options included heater and bench seat with column gearchange. Super versions of the estates offered the option of simulated wood side and tailgate trim.

The update shown at the London Motor Show in October 1964 improved the airflows of the car, mainly thanks to the introduction of small extractors in the rear. The dashboard, instruments and controls were revised for the second time, as in October 1963 the horizontal stripe speedometer was replaced with a rounded one. In 1964, front disc brakes were also introduced

There were two main variations of the Mark 1. The Mark 1a possessed elliptical front side-lights, whereas the Mark 1b had a re-designed front grille incorporating the more rectangular side-light and indicator units. A notable variant was the Lotus Cortina. 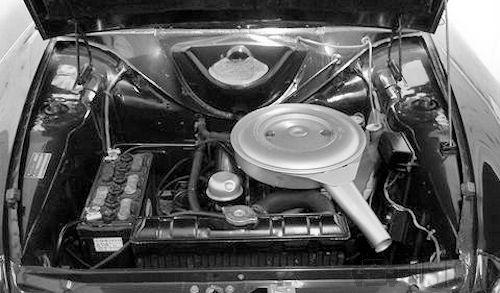 In 1963 the Cortina Lotus was presented, a lightened and enhanced version of the 2-door Cortina. The engine was a 105 HP twin cam "1600”. The Cortina Lotus were only available in white with a green side band. Future Formula 1 world champion Jim Clark won the British Touring Car Championship in 1964 with a Lotus Cortina (repeating Jack Sears ' success from the previous year). Ford had commissioned Colin Chapman, owner of Lotus Cars, to build a Cortina for motorsport. The Cortina Lotus engine had a Harry Mundy designed alloy cylinder head with dual overhead camshafts on the block of the normal Kent engine. This engine was also used in the Lotus 23, Lotus Seven and the Lotus Elan. The outer skin of the doors and hood of the Cortina Lotus is made of aluminium instead of steel.  The chassis of the Lotus Cortina has also been modified. While the rear axle of the production models was attached to leaf springs, the Lotus Cortina had a better guided rear axle with trailing arms, a bottom reaction triangle articulated on the differential housing and coil springs. In addition, the differential housing was made of aluminium to reduce the unsprung mass of the rigid rear axle. The axle tubes were still made of steel. This design proved to be the Lotus Cortina's weak point, as the aluminium housing of the differential was not sufficiently rigid and this led to numerous differential defects, especially in sports use. For this reason, during the "active" period of this sports model, most specimens were converted back to the rear axle of the normal models, which caused fewer problems. 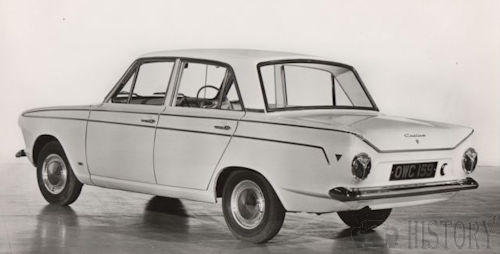 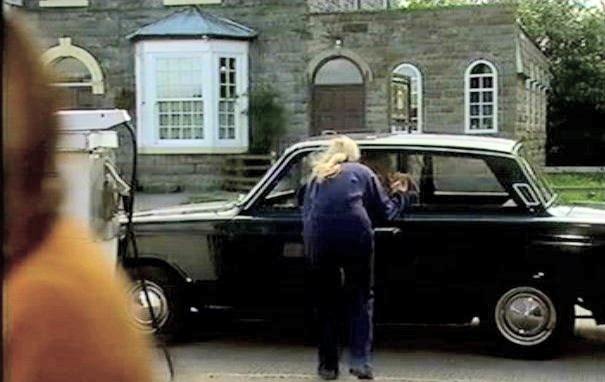