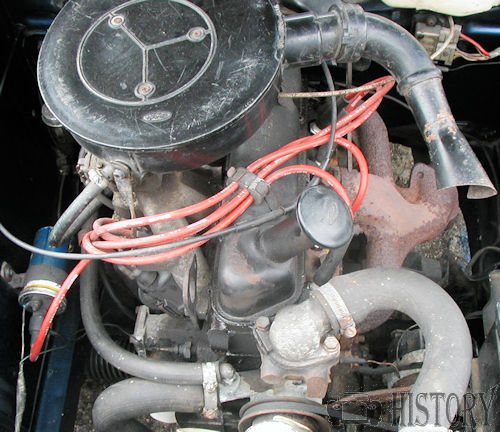 The Ford Kent is an internal combustion engine from Ford of Europe. Originally developed in 1959 for the Ford Anglia, it is an in-line four-cylinderoverhead-valve–type pushrod engine with a cast-iron cylinder head and block.

The Kent family can be divided into three basic sub-families; the original pre-Crossflow Kent, the Crossflow (the most prolific of all versions of the Kent), and the transverse mounted Valencia variants.

This series of engines became known as the Kent engine because Alan Worters, the company's Executive Engineer (Power Units), lived across the river from Ford's Dagenham plant in the English county of Kent.

Originally within Ford, it is said that the Kent name was actually born with the A711 and A711M blocks (commonly called the 711M block) with square main bearing caps for the Crossflow series, which represented a vast improvement in the durability of the engines. However, the name caught on to be used outside the company to include pre-711M engines as well. 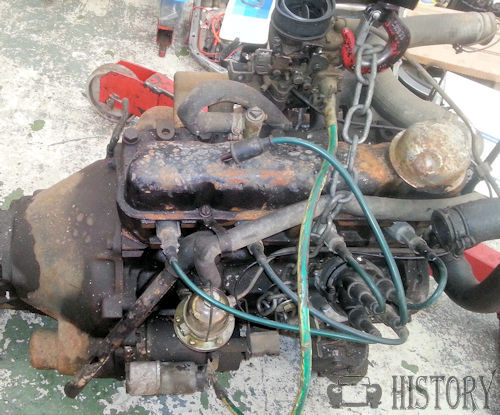 In addition to its 'over-square' cylinder dimensions, a further unusual feature of the Kent engine at its introduction was an externally mounted combined oil filter/pump unit designed to facilitate efficient low-cost production and easy maintenance.

The engine is now referred to as the pre-crossflow Kent, in reverse-flow cylinder head configuration with both the inlet and exhaust being on the same side of the head.

The Pre-Crossflow Kent engine was also used by Lotus on Lotus Mk.VII. 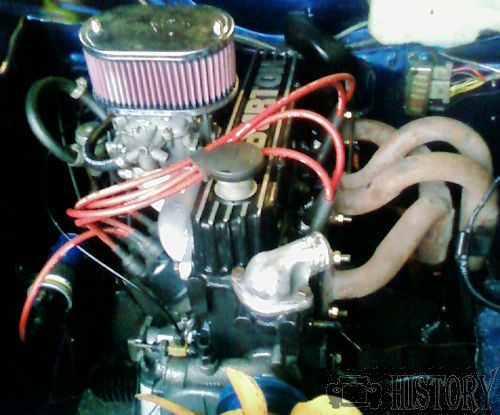 A 1967 redesign gave it a cross-flow type cylinder head, hence the Kent's alternative name Ford Crossflow. It would go on to power the smaller-engined versions of the Ford Cortina and Ford Capri, the first and second editions of the European Escort as well as the North American Ford Pinto (1971, 1972 and 1973 only).Early blocks  the casting marks 681F and capacities you’ll find are, 940, 1098, 1298 and 1599 In South Africa it also powered the 1.6 L Mk II, Mk III, Mk IV, & Mk V Ford Cortina and 1.6 L Ford Sierra.

The Crossflow featured a change in combustion chamber design, using a Heron type combustion chamber in the top of the piston rather than in the head. The head itself was flat with each engine capacity (1098 cc and 1298 cc) featuring different pistons with different sized bowls in 681F and 701M blocks. The 1599 cc 691M block had the stronger 'square' bearing caps later used in the 711M, and small combustion chambers in the near-flat head (the bulk of the volume being in the piston bowl). In 1970, the new A711 block for 1298 cc and A711M block for 1599 cc were introduced with thicker block wall, square main bearing caps, large diameter cam followers and wider cam lobes, with the latter block having a 7/16" taller deck height, together with a return to the flat head. These changes represented a significant improvement in the reliability of the engines, and the blocks are commonly referred to as '711M' blocks Most cars came with a single choke Ford IV carb although the 1.3 and 1.6 GT models had a 32/36 DGV Weber twin choke. 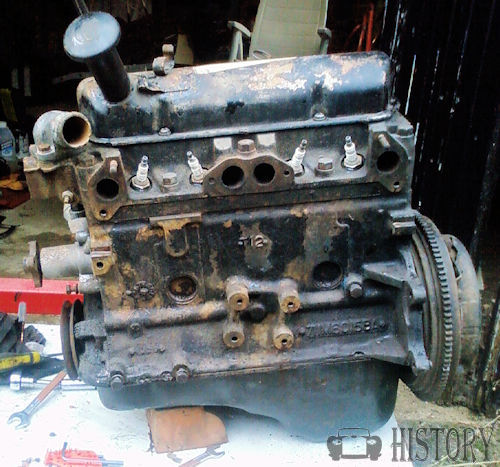 Kents are quite easy to tune to GT spec, which usually means the biggest capacity block, slightly bigger valves (usually taken care of with a performance head), GT cam free flow exhaust and twin choke Weber - you should see around 80-90bhp. Switch to a Kent BCF2 or a 224 and you’ll be approaching 110bhp. ARP rod bolts and replacement of the front pulley for a one piece steel item. The valve train should be strengthened with steel posts, spacers and rocker shaft to cope with the additional stresses caused by high lift cams, HD valve springs and higher revs. A double timing chain kit should also be fitted for the same reasons.

The Ford Crossflow engine (1298 cc and 1599 cc) also powered the Reliant Anadol (1968–1984). Other makes such as Morgan used the Crossflow on Morgan 4/4, Caterham on Caterham 7, and TVR used the engine in the Grantura, Vixen, and 1600M. It has been fitted in countless other applications as well, being a favourite of kit-car builders not only in Great Britain.