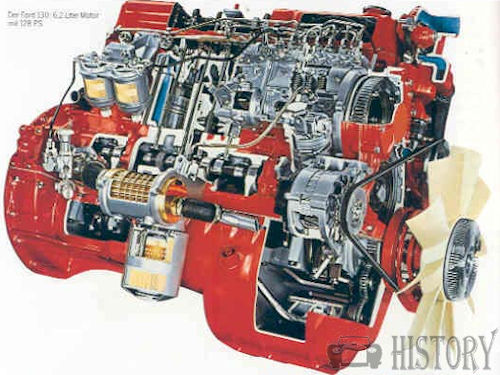 The Ford Dorset and Dover engines are a series of inline Ford diesel engines used in vehicles including the Ford Cargo truck between 1981 and 1993. They have continued in production since, for marine and industrial applications. Lehman Brothers of New Jersey are the most famous of the various companies that have marinized the Dorset/Dover engines.

The Dover 5.9 is referred to as a 6.0 sometimes, even by Ford themselves who referred to the turbocharged 5.9 as the 660T, compared to the naturally aspirated "659" - while they do share dimensions, the Dover 660T was built to closer clearances which may have led to minute differences in displacement.

As for the four-cylinder engines, the Dover and Dorset variations share a displacement. They can be told by the Dover's higher specifications, with an aluminium rather than a pressed steel manifold, straight-cut gears, and larger ports in the head. The engine code is also different, 2711 for the Dorset and 2722E for the Dover.