The Ram line was redesigned for the 1994 model year. The exterior styling was the result of design concepts by chief designer Phillip E. Payne during 1988-1990, plus extensive customer research that revealed that full-sized pickup buyers were enamored of a strong exterior design that suggested the "look of a big rig truck". Dodge Truck Product Planners recognized that while some customers would not identify with the unique design, it would mandate instant recognition for the new Dodge full-sized pickup. It featured a big rig-looking front end and a large grille and was nothing like the current Ford or Chevy/GMC pickup in design. Development began in 1986, ending in late 1992, despite being originally scheduled for a 1991 production start. 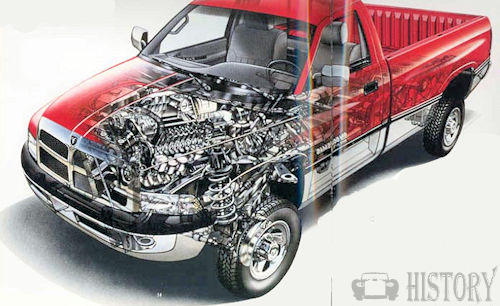 On the inside, special attention was paid to in-cab storage features, with a large glovebox, a center armrest storage area, and extra storage space behind the seat. The dash and gauge cluster were a far cry from the previous model Ram and was far more modern as well. A redesign of the dashboard and instrument cluster was introduced in 1998 along with the introduction of the quad cab, and rounded black plastic side-view mirrors replaced the previous rectangular design. 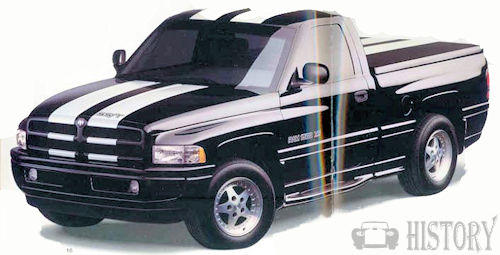 In 1998, Dodge introduced the "Quad Cab", which used smaller suicide doors in the back for a door opening. This was offered as an option on the "Club Cab" for the model year. Other changes for 1998 included rounded mirrors replacing the classic square ones, a revised interior, dual airbags, a chime replacing the buzzer for seat belts/door ajar/headlights/ and a digital odometer. The OBD II System was also standard, with a computer port near the driver's-side footwell and a code-checking system via the new digital odometer readout.

In 1999 Dodge introduced a revised front end for the Sport models with a restyled bumper, quad-beam clear-lens headlamps, and body-color grille. A 6 speed manual transmission was optioned for the diesel trucks in 2001.

The 2000 models began optioning heated leather seats. The braking system was upgraded with 2 piston calipers in the front. An Offroad Edition was offered as a package with a 2 inch lift accomplished with stiffer front springs and rear lift blocks, unique 17x8 rims, 275/70/17 all terrain tires, 4.10 gears, trussed Dana 44 in the front, limited slip differential, and skid plates. Offroad Edition models are also distinguishable with an additional decal on the tailgate under the 4x4 decal that says "Offroad."

Transmissions for the Ram

A natural gas engine debuted for 1995 but was not popular and was only used in fleet vehicles on a very limited production run. The Cummins B Series engine was switched from the 12-Valve to the 24-Valve (ISB) in the middle of the 1998 model year Dodge Rams due to emissions regulations. The ISB featured a new computer-controlled injection pump, 24-valve head design and an electric fuel transfer pump. 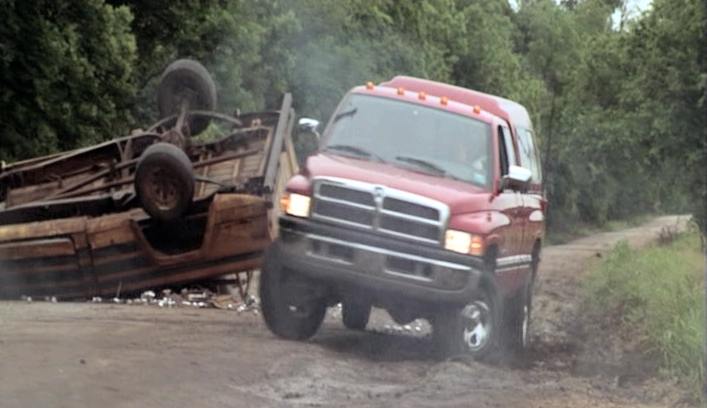