The Daimler SP250 is a sports car which was built by British manufacturer Daimler in Coventry from 1959 to 1964.

The SP250 was originally known as the Daimler Dart, however Daimler were soon forced to drop the Dart name when threatened with legal action by Chrysler’s Dodge division, and the car was then renamed the Daimler SP250.

It was launched at the 1959 New York Motor Show, and its greatest success was in the North American market. It had a fibreglass body, four-wheel Girling disc brakes, and a 2.5-litre Hemi-head V8 engine designed by Edward Turner. The car was described as a 2+2, but the bench-like rear seat offered very limited leg room unless the front seats were pushed fully forward. Thirty black Daimler Darts with the Borg-Warner Model 8 3-speed automatic were used by the British Metropolitan Police.

Jaguar built a prototype replacement (known as the SP252) with a neater body style but decided not to proceed with production. Ogle Design produced a coupé version called the SX250, but this was not taken up by Daimler and the body design was later used for the Reliant Scimitar. 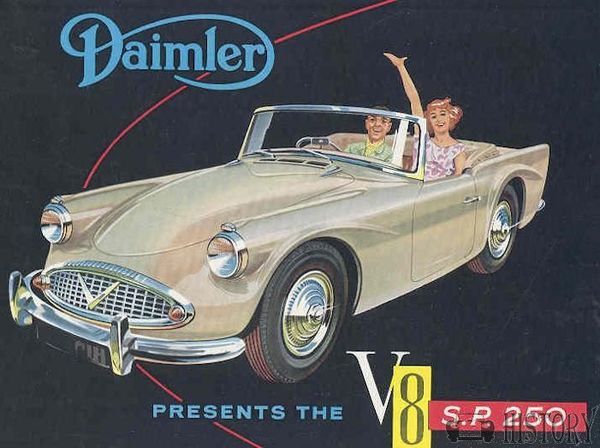 A green Dart used in the ITV Series Heartbeat in 2005. 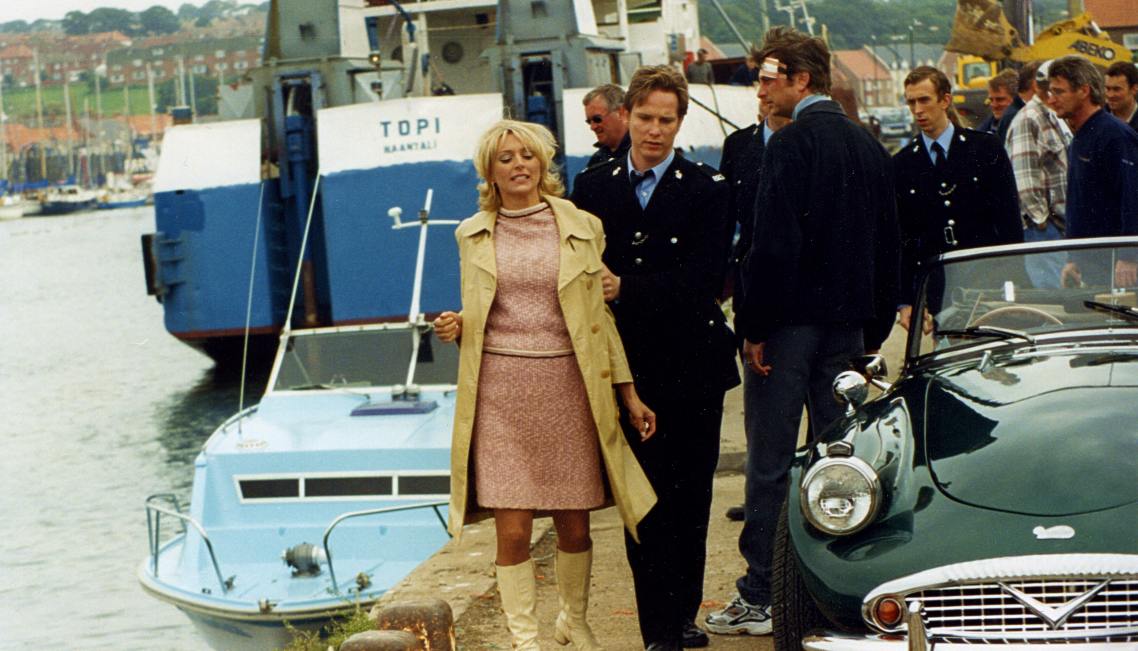