The C4 is an evolution for the same price of the previous models Citroën B12 , B14 , and B15 , inspired by American Ford  model A era  . It was presented at the Paris Salon of October 1928 with innovative solutions compared to the competition, under the name AC4 and AC6 (AC for André Citroën ), then C4 and C6.

The C4 is bigger, more comfortable, and lower, with better handling than the previous models. The engine power is increased by 40% at 3,000  rpm , for a maximum speed of more than 90  km / h . The version Citroën C6 is powered by a 6 Citroën cylinder 2.4  -liter 45 horsepower, for more 100  km / h top speed and 14  liters per 100  km consumption, to compete with the high-end market of time among others Delage , Delahaye , Talbot , Hotchkiss, and American competition. 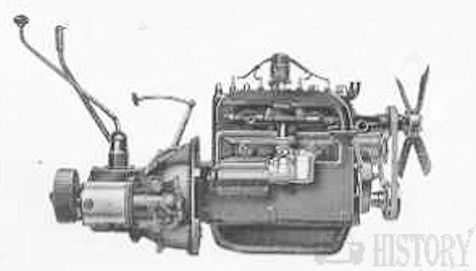 It is manufactured with the same means of manufacturing the B14 chain. The cast iron cylinder block is cast in one piece, with a three-stage crankshaft greased under pressure. The gearbox housing is also made of cast iron and no longer aluminum , and the chassis is stiffened and consolidated by struts. A circulation pump and a fan on the radiator regulate the cooling . The ignition to magneto is also upgraded by a system of Delco battery and US Delco Remy coil.