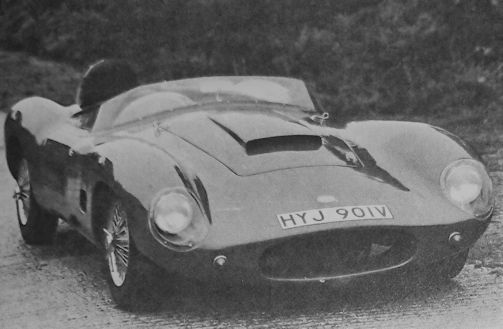 Kougar Cars Ltd was a British manufacturer of kit cars and automobiles from the mid 1970s to the early 2000s.

The company trading as Starcon & Wells Limited then also as Kougar Cars Ltd from the late 1970s in Uckfield, East Sussex and the Kougar Car Company up until 2001 in Dorset and Warwickshire, prodution finished in 2015. They produced various sporting kit cars to build with a more retro style.

Modelled after the Ferrari Monzas and Testa Rossas of the early '50s, the exclusive Kougar Monza is a beautiful and potent recreation of the open racers of those days.Its evocative. uncluttered shape with the faired-in head rest and low, wrap-around windscreen cloaks a sophisticated tubular steel chassis and Ford Cortina components.
With high quality and excellent handling.
The Monza kit is expensive at £3,850 plus VAT but this is reflected in both the quality and the comprehensive nature of the package. It consists of a self-coloured GRP body which bolts to a triangulated box section framework, together with a fully trimmed cockpit including carpet, bucket seats, head rest and tonneau cover. The body is fully wired, instrumented and plumbed for brake and fuel systems. The fuel tank, exhaust system and coil spring dampers are also supplied, leaving the builder the simple task of finding and fitting the engine, gearbox, rear axle, pedal assembly, radiator and complete front subframe from a Mk Ill or IV Cortina.
The Monza will accept the 1600cc, 2-litre OHC or the potent V6 Ford engines, giving performance to match the car's racey looks.Later cars built with jaguar 6 or 12 engines or Ford V8 engines.

OPTIONS customer may opt for stylish wire wheels with knock-off hubs and choose from a range of 50 body colours. Later builds made with alumnium and certain parts in carbon fibre .

With styling reminiscent of the early Frazer Nash, among other influences, the GRP bodied Kougar is a raw-boned powerful 'beast suited best for the brave and hardy. Since 1986, it has been available with a new chassis which uses Jaguar suspension and can be adapted to use any of the six cylinder Jaguar engines or even, should You prefer, the Rover V8. Laid out in very much the traditional fashion, with long free standing wings and no doors, the Sports can be bought with such concessions to comfort as full weather equipment and leather upholstery. Kougar sell kits and fully built cars to order.

The high quality Kougar is for unashamed combination of looks, performance and handling basis on the S-Type Jaguar saloon provides an excellent opption later cars used the Jaguar XJ6 or X140 mechanicals .Only one kit is available and although its pice of £3850 plus VAT might seem expensive do bear in mind that you get literally everything you need to build the car apart from the greasy bits from an S-Type Jaguar and suitable wheels and tyres. The superbly-moulded self-coloured GRP body comes bonded to the strong tubular steel chassis. and all suspension and engine mounting points are pre-drilled Also ready-fitted is an MGB steering rack the internal trim, windscreen and dashboard (the latter ready to accept the S-Type instruments), wiring loom, lights, fuel pipes and even brake hydraulics. Also supplied are a special engine stabiliser and bracket a special oil filter housing and purpose-made speedo and handbrake cables; literally all the S-Type hardware then bolts to this assembly, making for one of the easiest construction jobs imaginable. 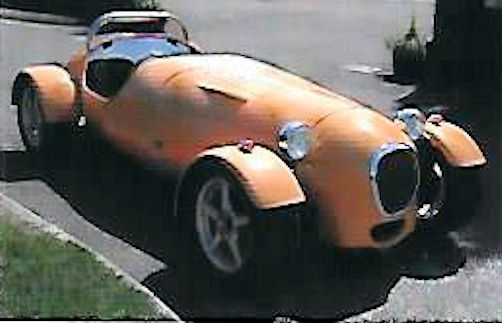