Automotive manufacturer of Great Britain from 1984 to 1999. 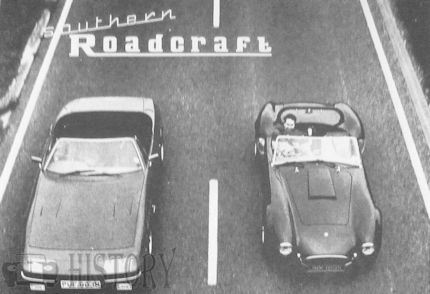 The brothers Ian and Brian Nicholls founded in 1984, the company Southern Road Craft Limited in Portslade in the county of West Sussex . They started with the production of automobiles and kits . The brand name was Southern Roadcraft . In 1987, the move to Southwick at Brighton in West Sussex and 1994 to Lancing in West Sussex. From 1994, the company was renamed as Roadcraft UK Limited , as Geoff Mills took over the management. 1999 ended production. In total, about 720 copies were created.

Madgwick Cars from Pagham continued to produce a model starting in 2003.

The first and best selling model SR V8 was a replica of the AC Cobra . A tubular frame formed the base. Then an open two-seater body was mounted. Various V8 engines powered the vehicles. From this model created about 600 copies.

The SR V12 was modeled after the Ferrari 365 Daytona . Initially imported by McBurnie Coachcraft from the US , the company developed its own version, which was available from 1988. Jaguar Cars' V6 and V12 engines powered the vehicles. By 1993, about 120 copies were made. 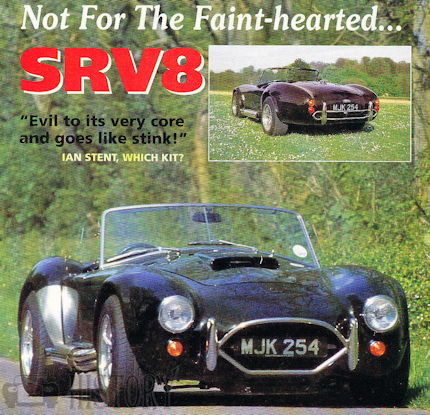