Automotive manufacturer of Great Britain from 1966 to 1972. 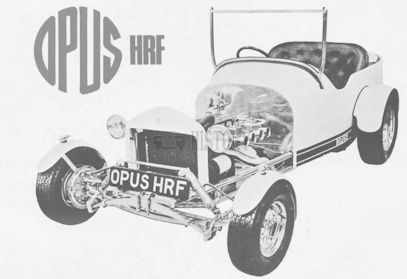 The company Rob Walker Corsley garage from Warminster under the direction of the team owner Rob Walker began in 1966 with the production of automobiles. Geoff Thomas was the creater Rob Walker the manager. The brand name was Opus . In 1970, the HSP Motor Company from Bristol continued production under the same brand name until 1972.  As of 1970 gave Lambert services the chassis .In total, about 224 copies were made.

The only model was the HRF , short for Hot Rod Ford . Designer was Neville Trickett, who later worked for GP . This was a Hot Rod and looked like a Model T Ford . The wheel suspensions came from Ford Popular and Ford Anglia and the front wheels from the Mini . A four-cylinder engine from the Ford Cortina with either 1300 cc or 1600 cc capacity propelled the vehicle. The empty weight was only 400 kg. A kit consisting of chassis and body cost 99 pounds . 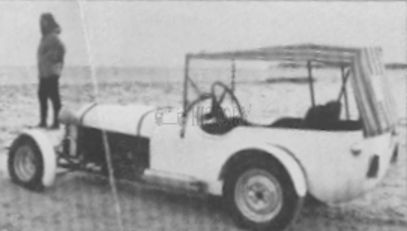