Car manufacturer of Appleby , Lincolnshire;Great Britain from 1985 to 1987. 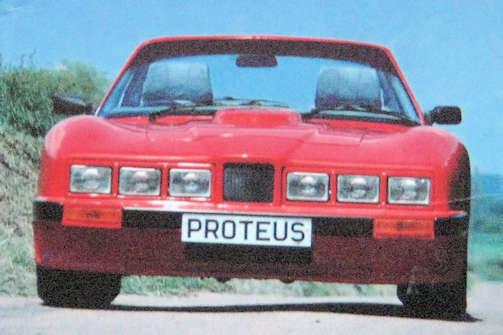 Deltayn Limited was a British manufacturer of automobiles in the 1980s .The brand name was Deltayn .

John Parradine founded the company in Finching Field in Essex around 1985 .Deltayn began their motor car construction career with the Proteus, a largeJaguar powered sports car which has now been superseded by the Pegasus. 1987 followed the move to Appleby in Lincolnshire . In the same year the production ended. In total they only created about two copies. Parradine then later founded the Parradine Motor Company .

The Proteus. The wheel suspensions and engine came from the Jaguar XJ . Also the option engine was the V8 engine from Rover . The body could accommodate two people. The Targa roof was split and removable. For this a hardtop was available. Striking was the front with six headlights .Another model the Pegasus more of a conventional body roadster.

The Pegasus. Providing sensational performance, particularly for a large convertible car. The cockpit of the two-seater Pegasus is trimmed in leather and offers generous space. Initially only available in the UK, but earmarked for export to the USA at the time. weighing around 20cwt, the Pegasus can be ordered with a V 12 engine fitted with six Weber carburettors, special cams, gasflowed heads.Retaining the XJ6N12 basis, the new Pegasus a far smoother body styled by Richard Oakes, the man behind the Nova and Midas. Of semi-monocoque construction, the car's body is fabricated from a composite of GRP, Kevlar and carbon fibre for exceptional strength.

All of the major components derive from the base Jaguar, including engine, gearbox (manual or auto), power steering, suspension with new shock absorbers and springs. 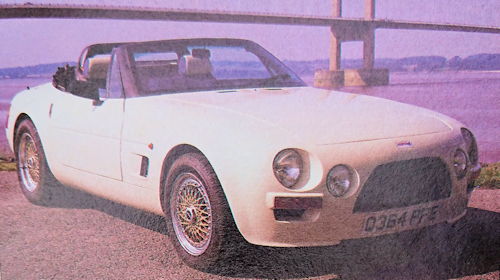