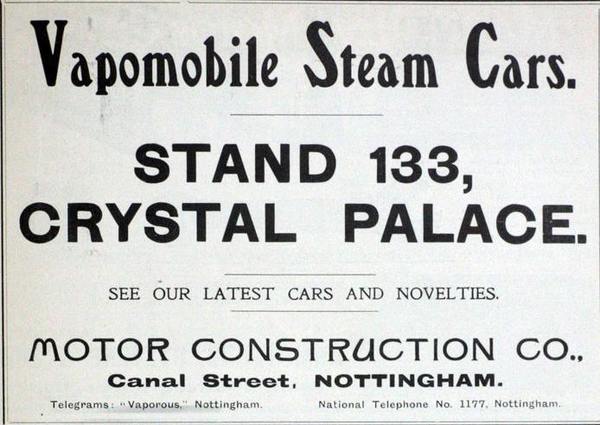 The Vapomobile was an early English steam car  manufactured or assembled by the Motor Construction Company in canal street Nottingham between 1902 and 1904.