The Austin Big 7 was a compact car of the Austin range of the late 1930s, built by the Austin Motor Co in 1937 as a supplement to the Austin 7 between the Seven Ruby range. By 1939, after three years the production was stopped. Successor was the Austin 8 .It was not a great success, although in total 23,514 were produced.This model filled the gap in the Austin range of the late 1930s, between the Seven Ruby, which continued in parallel with the 747 cc engine and was a refined version Of the immortal Seven, and the contemporary 10/4.
The Big 7 had by now a dated chassis came just before Austin committed to the semi-unitary construction and the chassis layout of the Ruby was used, The Big 7 price at around £160 was not highly regarded in its day with little space even with suicide doors the 'boot' had space for only the spare wheel,the luggage had to be carried in its open boot with the lid open. 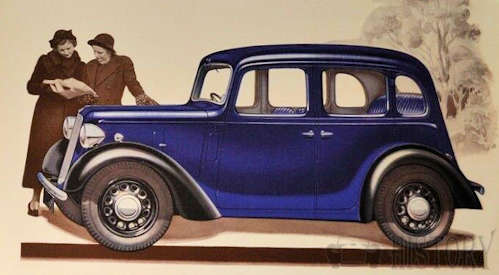 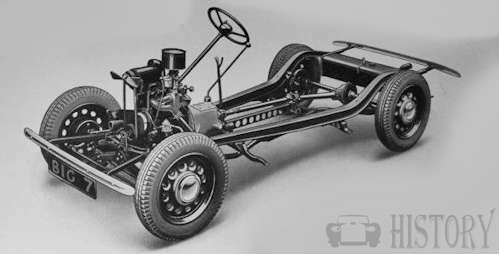