The 346 was the first of the Sapphires introduced late in 1952 for sale in 1953 and continuing until 1958. The six-cylinder 3,435 cc engine had hemi-spherical combustion chambers and could have optional twin Stromberg carburettors (£25 extra) which increased the output from 125 to 150 bhp (93 to 112 kW) giving a top speed in excess of 100 mph (161 km/h). The front suspension was independent coil springs with a rigid axle and leaf springs at the rear. The Girling hydraulic brakes used 11 in (279 mm) drums all round.

The body was available as a four- or six-light (two or three windows on each side) at the same cost and with either a bench or individual front seats. The seats were finished in leather, with the dashboard and door-cappings in walnut veneer. A heater was standard.

It was introduced with the choice of a Wilson electrically-controlled finger-tip four-speed pre-selector gearbox as a £30 option, or four-speed synchromesh gearbox. It became available with automatic transmission (Rolls Royce four-speed) with the introduction of the Mark II in 1954.

A long-wheelbase model was launched in 1955 as a limousine version which had the pre-selector gearbox as standard, however, there was an optional four-speed manual column-change gearbox available.

Models for export to the U.S. were always delivered with twin caburettors. 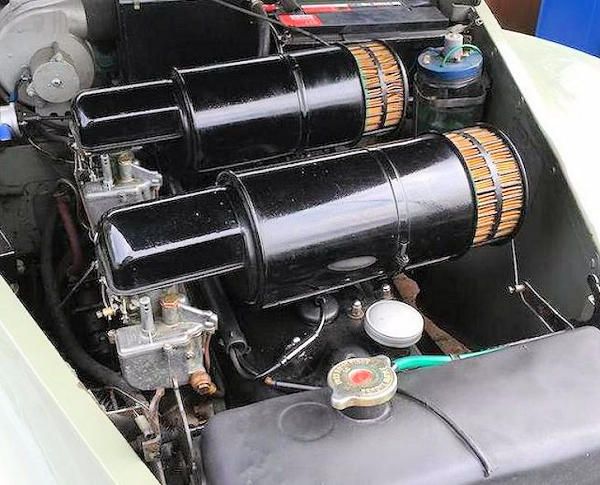