The A.L.F.A 20-30 HP was almost identical to the 24 HP of 1910 and could be called HP 24 Series E. The engine was same as used in 24 HP but now the camshaft with side chain, to reduce noise. The maximum power was increased to 49 bhp at 2400 rpm and the top speed was 115 kilometres per hour (71 mph). The vehicle was available in two body variants: berlina and torpedo.

Alfa Romeo Torpedo 20/30 HP is the first Alfa Romeo named car after A.L.F.A. brand. 20/30 HP had 4250 cc sidevalve straight-4 engine and it produced 67 bhp. Car was meant to upper class and price was high, around three times more than Ford Model T, which was remarkable amount immediately after World War I.

ES Sport was based on the 1914 20/30 E model. The "S" was added to emphasize the sportiness of the car. This car had electric lights and starter. The chassis was shortened from previous E model. Enzo Ferrari began his racing career in a 20/30 ES, with teammates Antonio Ascari and Ugo Sivocci.

Price was one of the reasons that only 124 cars were produced. 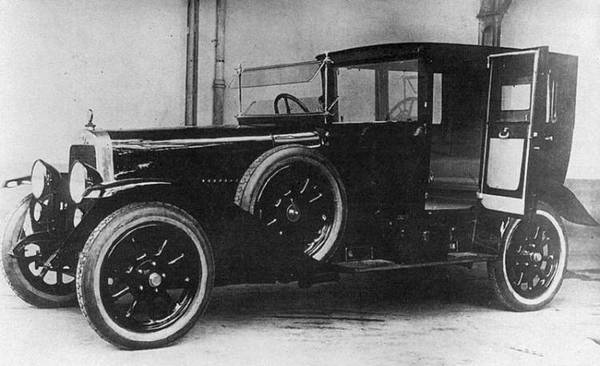