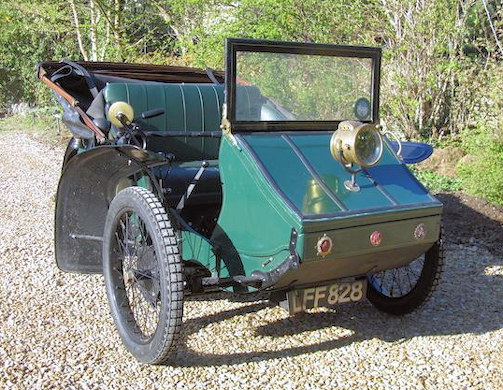 Best known to car enthusiasts for the Cobra sports cars, the AC marque was launched with a much humbler vehicle. John Weller and his financial
backer, John Portwine, started manufacture of a three-wheeled delivery vehicle in 1907, which they named the Autocarrier. Weller had previously
shown an advanced four-cylinder Car under his own name, but it never went into production. 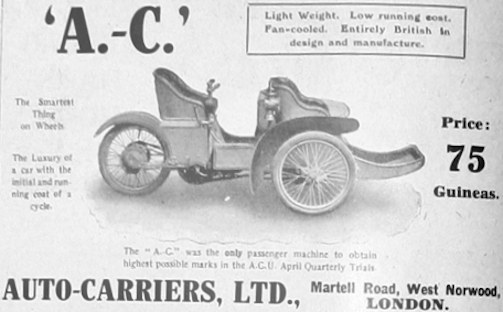 The Autocarrier, on the Other hand, was a great commercial success, and examples were sold to a large number of tradesmen, and well-known firms such as the Great Western and London & South Western railways, Associated Newspapers and Carr's Biscuits. 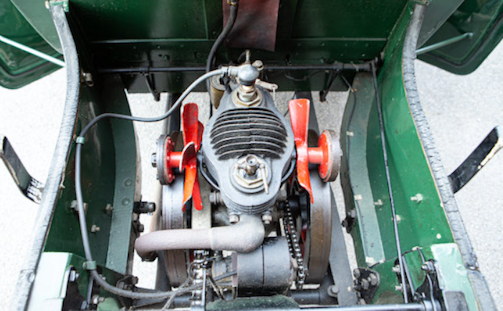 The name AC Sociable was given to the passenger version which came in 1908. It had the same 5/6 hp single-cylinder air-cooled engine as the Autocarrier, with two large front wheels, two-speed epicyclic gearbox and chain drive to the wheel.

The frame was of wood, with a steel cradle to carry the engine.
Three styles Sociable was made originally as a tandem two-seater, with the driver at the Tear, but soon the more popular side-by-side layout was adopted, with tiller steering. A third model combined the two arrangements, with the passengers in front and the driver behind them.

The price was a modest £190, though a number of items were extra, including a hood at six guineas and a horn at 15/6d.
The Sociable was entered in a number of sporting trials for light cars and cyclecars.