The Yugo Florida was a passenger car model of the former Yugoslav , today Serbian manufacturer Zastava . At that time the hope of the entire Yugoslav automobile industry rested on this car model.

The Florida was developed as a supplement to the three-door Yugo back in the 1980s and presented to the public in 1986. The design of the five-door hatchback comes from Giorgetto Giugiaro . The 3.93-meter-long body to be classified in the Golf class has a trunk volume of 420 liters with the rear seat seated and 1280 liters folded up.also as a 2-door pick-up/van

Technically, the Florida based on the T3 platform from Fiat .1302-cc engine of Fiat, a multi-point fuel injection ( EFI ) of Bosch by Porsche (the design, as well as a regulated EURO-2 standard fulfilling) three Equipped way catalyst . The engine produces 68 hp (50 kW). 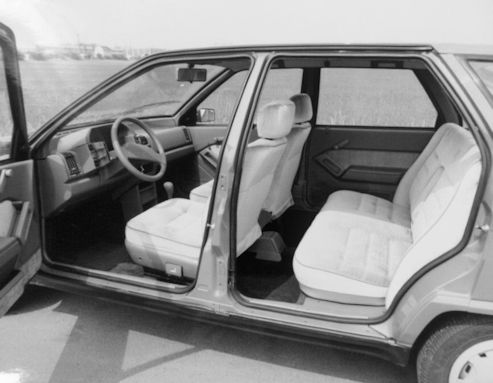 The commercial success of this vehicle came to a sudden end because of the outbreak of war in former Yugoslavia in 1991 and the related export sanctions .

The production of this model was continued until 1999. In that year NATO attacks on Serbia also hit the Zastava factory and almost completely destroyed it. After the reconstruction of the production facilities, production started again in small numbers (mainly for the domestic market). In addition, was also back to Croatia , Macedonia and furthermore SKD - kits to Egypt exported. In the period before 1999, vehicles had already been imported as gray imports to Poland , the Czech Republic and Greece .

In some exporting countries, Florida was also sold as Yugo Sana or Yugo Miami . In the former Yugoslavia , there was a pick-up and a van variant of the Florida. After 2000, the vehicle was also manufactured in Egypt by the El Nasr Automotive Manufacturing Company in Cairo as Nasr Florida . Meanwhile, the Yugo Florida in Serbia was renamed Zastava Florida In. The production was discontinued in 2008. 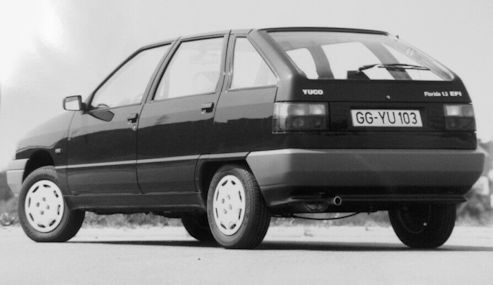