The car, which was given the design code ADO71, was originally marketed as the Austin / Morris / Wolseley 18–22 series. In 1975 the range was renamed "Princess". This was a new marque created by British Leyland  although it had previously been used as a model name on the Austin Princess limousine from 1947 to 1956.The Princess is often referred to as the Austin Princess. Although this name was not used in the UK market, it was used in New Zealand. The car later appeared in revamped form as the Austin Ambassador, which was produced from 1982 until 1984 and only ever sold in Britain.

Princess sales, although strong for the 1976 model year, tailed off more quickly than forecast, primarily because of quality and reliability issues. Also by 1977 many of its competitors had gained a versatile fifth door which the Princess lacked, and the medium large-car sector fell victim to a poor economic climate further compounded by the OPEC oil crisis of the day. Total production amounted to 224,942 units.

The car was launched to critical acclaim on 26 March 1975 as the 18–22 Series, "the car that has got it all together". The number designation 18–22 referred to the engine sizes available carried forward from the 1800 cc and 2200 cc BMC B-series-engined BMC ADO 17 "Landcrab". For the first six months of production three badge-engineered versions were produced: Austin, Morris and Wolseley. The Austin model bore the original "design intent", featuring trapezoidal headlights and a simple horizontally-vaned grille. The Morris and Wolseley cars had a raised "hump" permitting a larger, styled grille for each model; the Morris one was a simple chrome rectangle with Morris in the lower right-hand corner, while Wolseleys had a chrome grille with the traditional illuminated company logo, with narrower vertical bars either side set back within the chromed surround. Both of these versions had four round headlights, and the Wolseley model was only available with the six-cylinder engine and luxury velour trim. Apart from their bonnet and headlamp designs, and of course their badging, the Austin and Morris models were virtually identical.

Like many other controversial cars, the exterior styling was distinctive, innovative, and somewhat divisive. "The Wedge", as it was often nicknamed, was indeed very wedge-shaped; the styling was all angles and slanting panels. This was in very 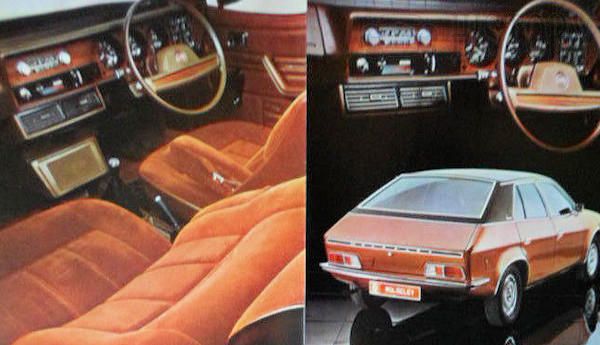 The  E-series SOHC straight-6. This was very smooth and a much more modern engine, with a published output figure of 110 bhp, but was still not hugely powerful. The Princess was a big car, and the engine choice gave lacklustre performance, not helped by the provision of only a 4-speed manual gearbox (a Borg-Warner automatic transmission was an option, but performance with this was by all accounts positively lethargic). A 5-speed gearbox might have improved top end speed, economy and NVH: alas BL funds never stretched this far in development.

Suspension used BL's Hydragas system, and was very soft and smooth; the intention was to offer as smooth a ride as the Citroën CX and this was almost achieved. The Princess's ride was excellent, and comfort in general was a selling point; the car was roomy, reasonably well-appointed for the time, the seating was comfortable, and overall the driving experience – provided you didn't care that much about performance – was excellent.

A six-cylinder car was road tested by Britain's Autocar magazine in March 1975 at the time of the model's launch. It recorded a maximum speed of 104 mph (167 km/h) and reached 60 mph (97 km/h) from a standing start in 13.5 seconds.The top speed was marginally lower than the 109 mph (175 km/h) achieved by a recently tested Ford Consul 2500 L and a full three seconds slower to 60 mph than the Ford which managed the standing start test in just 10.4 seconds. The 2200 also fell slightly behind the Fiat 132GLS 1800 in these comparisons. At the same time its overall fuel consumption at 20.7 mpg was usefully superior to the Ford's 18.1 mpg. The lighter Fiat was more frugal with fuel than either of the other two. On price, the Austin's domestic market recommended retail prices including taxes of £2,424 was significantly higher than the £2,221 charged for the Ford. 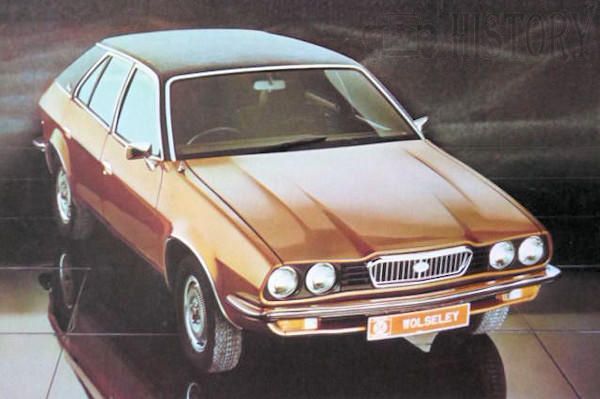