The Wolseley Hornet was a lightweight saloon car produced by Wolseley Motors Limited from 1930 to 1936. The manufacturer had been bought from the receivers by William Morris in 1927 and though ownership was quite separate from Morris Motors the Wolseley Hornet of 1930 was in effect a 2-door Morris Minor saloon fitted with a small six-cylinder engine in place of the four-cylinder unit that was normal for this size of car. 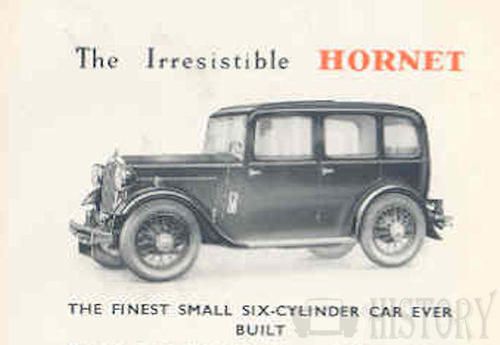 It had a small six-cylinder (1271cc) engine with a single overhead cam, and hydraulic brakes. The engine was modified in 1932 to make it shorter and it was moved forwards on the chassis. For 1935 the engine grew to 1378 cc.The car could initially be ordered from Wolseley as an enclosed saloon with steel or fabric body or open two-seater. From 1931 it was available without the saloon body, and was used as the basis for a number of sporting specials. In 1932 the factory added two- and four-seat coupés to the range. For its final year of production the range was rationalised to a standard saloon and coupé. 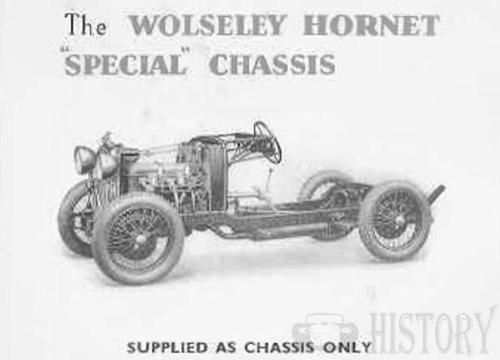 A three-speed gearbox was fitted to the earliest cars, but this was upgraded to a four-speed in 1932 and fitted with synchromesh from 1933. A freewheel mechanism could be ordered in 1934.

Two sporting versions were made called Hornet Specials. The 1932-34 version of which 2307 were made had twin carburettors and higher compression and was supplied as a chassis to various specialist coachbuilders including Swallow and Cunard. For 1935 it had a 1604 cc engine but only 148 were made.

At launch the car came with a UK retail price of £175 and could be seen as a competitively priced small saloon with unusually brisk performance; but during the 1930s it gained in overall weight and lost the well judged weight distribution that gave the early Hornets much of their market-place appeal. 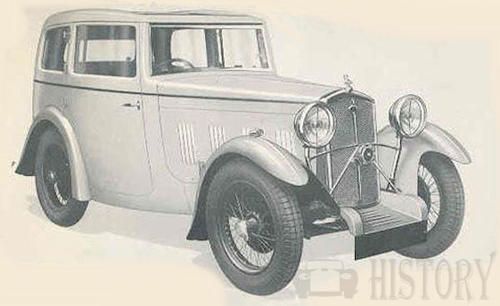