The Wolseley 15/60 was the first of the mid-sized Pinin Farina-styled automobiles from the British Motor Corporation (BMC). Launched in December 1958, the design would eventually be shared with seven other marques. All of the cars were updated in 1961 with a larger engine and new model designations. The Wolseley 16/60 was the last, in production until 24 April 1971.

Note that there were two other Farina-styled car lines launched by BMC at the same time — the compact Austin A40 Farina and large Wolseley 6/99/Austin A99 Westminster and derivatives.

The first generation of the mid-sized unitary construction Farinas was introduced with the Wolseley 15/60. Within months, the similar Riley 4/68, Austin A55 Cambridge Mark II, MG Magnette Mark III, and Morris Oxford V appeared as well. With its leather seats and polished wooden dashboard the Wolseley was positioned as the up-market non-sporting version in the range.

All five cars used the 1.5 L (1489 cc) B-Series straight-4 engine, though different tuning gave varying power output. The Wolseley, together with the Austin Cambridge and the Morris Oxford, was at the bottom and with its single SU carburettor gave just 52 hp (39 kW). The front suspension was independent using coil springs with a live axle and semi elliptic leaf springs at the rear. The brakes were by Girling, hydraulically operated, with 9 in. (229 mm) drums. A cam and peg steering system was used.

The upholstery was in leather and had individual front seats that were set closely together to allow a central passenger to be carried allowing the car to be advertised as seating six although there was a floor mounted gear lever. The handbrake was between the driver's seat and the door. The rear seat had a folding central armrest. Wood veneer was used on the fascia and door cappings. A Smiths heater was fitted as standard. Either single or, as an option, two colour paint was used. 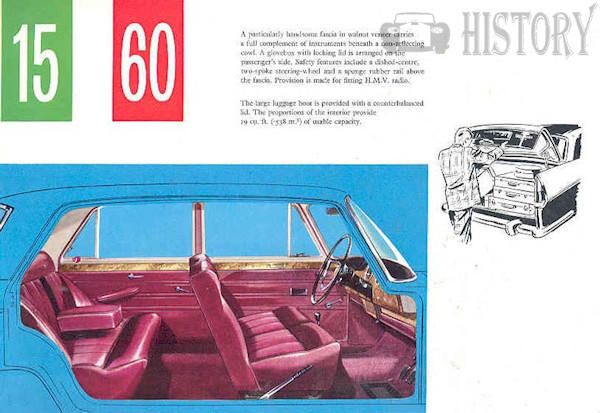 The Wolseley version was particularly easy to identify on the roads after dark thanks to the small illuminated badge on its grille, a feature shared with other Wolseleys of the period.

Later, the Farina design was licensed in Argentina and produced as the Di Tella 1500/Traveller/Argenta. 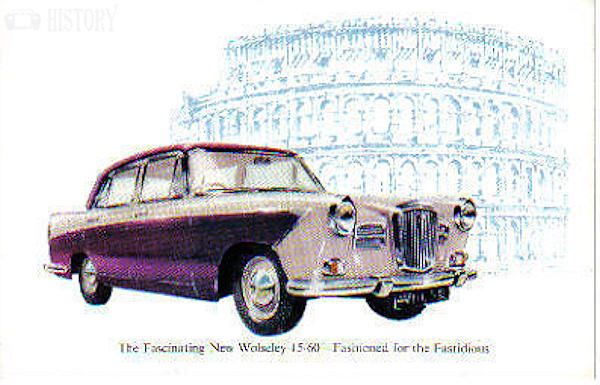