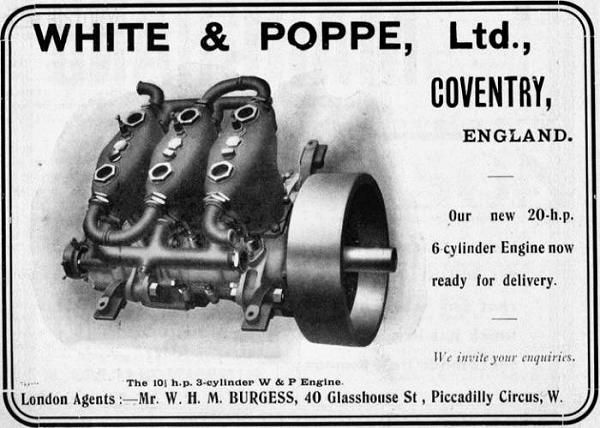 The company initially worked on the design of a single cylinder engine but this was interrupted by manufacture of munitions for the Boer war (1899-1902).

1916 When the first German airship was shot down (Schutte-Lanz SL11) on 3rd September, it was fitted with a White and Poppe carburettor.

1918 The company employed 12,000 people due to the large contracts they had to build munitions

1919 On 5th November, in the post World War I recession, Dennis Brothers purchased White and Poppe by exchange of shares to the value of £204,365.00. By then, White and Poppe had produced nearly 12,000 engines in total, including approximately 5,000 for Dennis Bros.

Alfred White was offered a knighthood after World War I, but turned it down because Peter Poppe was not eligible, being a foreign national.

1919 March. Advert for their engines and carburettors. 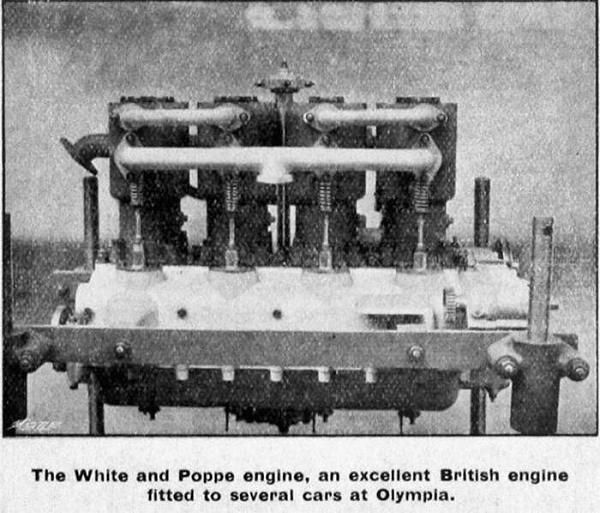