Westfield Sportscars are manufacturers of both factory built and kit versions of several two-seater, open top sportscars. Their main product line is a Lotus Seven inspired car - vehicles originally designed by Colin Chapman with only the bare essentials for motoring in order to give the rawest and most exhilarating driving experience.

Whilst Caterham Cars bought the rights from Lotus Cars, Chris Smith set up a rival company and manufactured kits with very similar styling and construction. This led Caterham to threaten litigation (based on Industrial design rights) in the late 1980s which was eventually settled out of court and resulted in Westfield improving and changing the design of their cars. Whilst externally sharing a common look, Westfield and Caterham cars are somewhat different in construction. Westfield prefers to employ the same glass fibre body method that Lotus has traditionally used for their other models such as the Elise, Esprit, and Elan, rather than the aluminium used by Caterham.

Westfield has also pioneered technical innovations such as Independent rear suspension and a wider chassis, which other manufacturers have since adopted. The company has recently introduced a version of its SEi kit that uses donor parts from the Mazda Mx5 Miata. This is generally called an SDV (Single Donor Vehicle) kit. There is also an SDV kit that uses a Ford Sierra as a donor.

According to figures given to the magazine Total Kit Car, Westfield produces about 450 SEi and XTR chassis each year.

In the first series of BBC's Top Gear, a Westfield XTR2 driven by the black Stig set a faster lap time than the reigning record holder of that series, the Pagani Zonda. 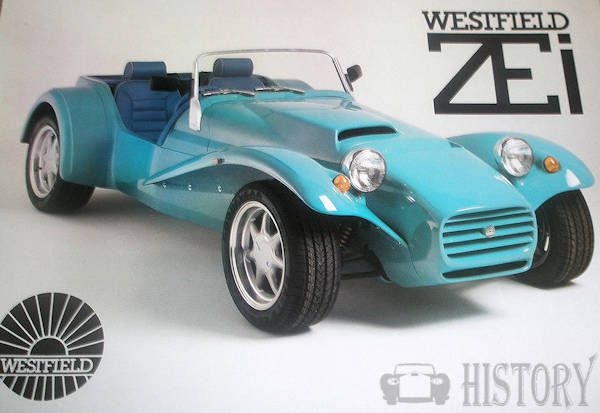