The second generation S60 began production in Ghent, Belgium on May 17, 2010, with an expected annual production of 90,000 vehicles. Official photos were released in November 2009, and the car was publicly unveiled at the Geneva Motor Show in March 2010. It debuted as a 2011 model in North America.

The V60 is an estate version of the S60, and was released at the Paris Motor Show in October 2010. Its production takes place in Sweden (Torslanda plant).

The engine range of the S60 and V60 comprises four petrol engines and three diesels. The engines available are the T3, T4, T5 and T6 petrol engines and D3, D5 and 1.6D DRIVe diesel engines, the latter of which has Stop Start Technology to increase the efficiency of the engine. The 2.4-litre D5 plug-in hybrid version, fitted with a 5-cylinder diesel engine and a 50 kW electric motor, is schedule for sale in Europe by November 2012.

The Volvo S60 and V60 come with Volvo's City Safety system as standard, which is the same system fitted to its sister the XC60. This system stops the car in the event of impending collision in 'City Traffic' below 19 mph (31 km/h). A new safety feature named "Pedestrian Detection", available on both the V60 and S60, detects people in front of the car and automatically applies the brakes if the driver does not react in time.

This new sedan will show off Volvo's completely new design language already seen in the Volvo XC60 concept. It will ride on the same platform as the XC60. This new design is thought to target younger demographics. Even so, Volvo hopes to keep its high-income customer appeal; from the first generation, a Volvo S60 buyer has had a higher household income than a BMW 3 Series customer.

New features include the new large Volvo iron symbol, parallel to the grille day running lamps, and larger spaced letters in the brand name on rear. A new safety feature, Pedestrian Detection, will be added to automatically apply brakes if a pedestrian is detected in front of the car and the driver does not react in time.

The V60 Plug-in Hybrid features a six-speed automatic transmission and the front wheels are driven by a five-cylinder 2.4-litre D5 turbo diesel, which produces 215 hp and maximum torque of 440 Nm. The rear axle features ERAD (Electric Rear Axle Drive) in the form of an electric motor producing 70 hp and maximum torque of 200 Nm, powered from a 12 kWh lithium-ion battery pack. Volvo expects to achieve an all-electric range of up to 50 km (31 mi), and a fuel economy of 124 miles per gallon of gasoline equivalent (1.8 l/100 km), with carbon dioxide emissions averaging 49 g/km. The interaction between diesel and electric power is handled via a control system, and the driver has the option to choose the preferred driving mode via three buttons on the instrument panel: Pure, Hybrid and Power.

In April 2014 Volvo announced the addition of an R-Design version of its V60 Plug-in Hybrid, which features a number of unique interior and exterior features that create a sporty look. 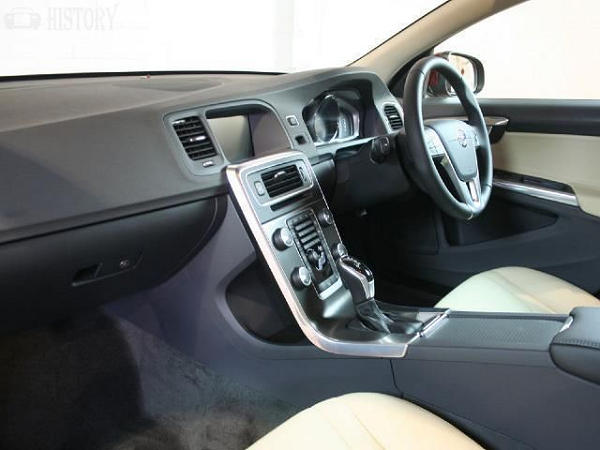 On 14 and 15 October 2000, the first generation S60 T5 broke 18 British land speed records (including the highest average speed over a 24 hour period for a Production Car class D (2000-3000cc) at 135.10 mph) at the Millbrook Proving Ground, in Bedfordshire, UK. A joint project by Volvo and Prodrive and covered by Channel 4's Driven and Car magazine.

The car was standard except for safety modifications such as a roll cage, exterior cut out switch, a modified fuel tank and additional head support to allow the drivers (BTCC drivers Anthony Reid, Rickard Rydell, John Cleland and Alain Menu as well as various Car journalists and Channel 4's Mike Brewer) to rest their neck during the 2 hour gaps between pit stops. Each pitstop included a driver change, refuel and tyre changes due to the extreme stresses being placed on the front outside tyre.

The following records were broken:

Volvo regularly entered the S60 in the Swedish Touring Car Championship, where it finished 2nd in the drivers' championship twice and won the manufacturers' title once.

From 2002 to 2007 there was a S60 one-make racing series as a support series to the Swedish Touring Car Championship known as the S60 Challenge Cup, using 26 factory-modified Volvo S60 cars.

An S60 was used in the 2007 World Touring Car Championship season. 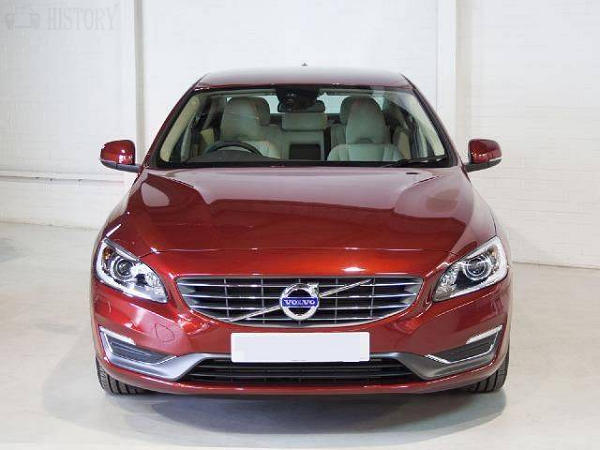