The first-generation S80 is based on the Volvo P2 Platform. Over 368,000 first-generation S80s were built.This S80 was equipped with numerous safety systems, including Side Impact Protection System (SIPS) and Whiplash Protection System WHIPS. The S80 featured a straight-six engine in a transverse engine mounting. No existing manual gearbox would fit in the engine bay with the six-cylinder engine, so Volvo had to develop their own, the M65. It featured also an environmental specification, covering aspects such as allergens from textiles, fuel economy and the life cycle of the car from production to dismantling.

In some European countries, the entry level S80 came with a 2.0-litre five-cylinder turbocharged engine producing 182 metric horsepower (134 kW; 180 bhp). These were sold in countries where larger capacity engines were penalized by heavy taxes.

EuroNCAP tested the first generation Volvo S80, running from 1998 to 2003. They tested a left-hand drive, 4-door saloon, registered in 2000, with front seatbelt pretensioners, seatbelt load limiters, as well as front, side, body, and head airbags:

Scores given for the car showed pedestrians' legs facing a very aggressive front end, resulting in only 2 stars of 4 for pedestrian safety. Despite this EuroNCAP did state "This large Volvo is very safe and gave a good all round performance" due to the good adult protection inside the car in the event of a collision. 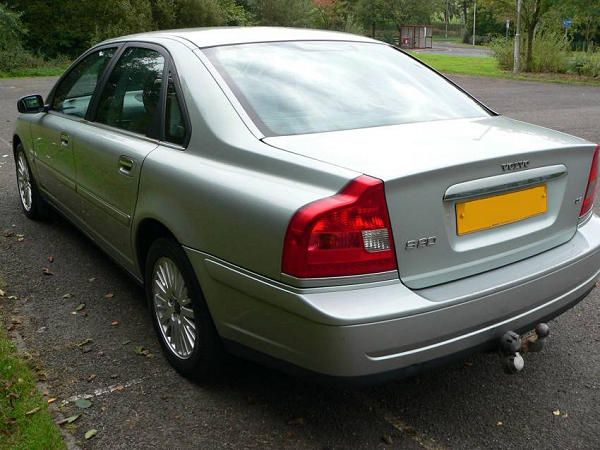