Volvo debuted the third generation in February 2007, using the Ford EUCD platform and sharing much of the interior (other than the rear seats and loadbay) with the second generation Volvo S80. The rear-seat legroom was increased by two centimetres and a revised tailgate design increased the load area volume by 55 L. The tailgate had also had optional motorized lift and closing action. The V70 was offered for the first time with a four-cylinder engine. The high performance V70R AWD mated to a five/six-speed Geartronic automatic transmissions of the previous generation were discontinued with this third generation.

The third generation employs the Ford EUCD platform, sharing much of the interior (other than the rear seats and loadbay) with the second generation Volvo S80. It has been marketed since 2007 as the V70 (discontinued in North America after model year 2008) and the XC70, an all wheel drive model.

As of the 2011 model year, Volvo no longer markets the V70 in North America. In its place, a front-wheel drive version of the XC70 is available. The V70 remains in production for markets other than North America.

Third generation V70 and XC70 models have Volvo's Sensus console system. As usual with Volvo, front seats and rear bench are of orthopedic design. Dolby Pro-Logic systems are standard and speaker upgrades and sub-woofers are also available. The standard audio system includes a CD player, USB connector for MP3 players, Bluetooth streaming and the ability to import music files to the car's hard disk. From late 2014 map upgrades can be performed by the owner via USB, rather than the previous DVD-based system.

As standard, the vehicle is equipped with driver, passenger, side and curtain airbags. Also featured is the WHIPS whiplash prevention system on the front seats.

Third generation V70s are available with the BLIS blind-spot sensor system, which can detect vehicles otherwise hidden from view of the driver due to being just off to one side of the car.

The latest revision of the XC70 includes DSTC (standard on all models) - Dynamic Stability and Traction control, which combines the functions otherwise known as Electronic Stability Programme and traction control.

Euro NCAP evaluated the V70 in 2007 awarding it 5 of 5 stars for adult occupant protection. The V70 scored 15 of 16 points in the front test and 16 of 16 in the side test. The car was penalised 1 point in the pole test for improper deployment of the curtain airbag in both the original test and the re-test. The car received one of two points available in the pole test. The V70 was granted an additional two points for seat belt reminders of three available in this category. The V70 received a total of 34 of 37 points and therefore five stars (33-37) in EuroNCAP's evaluation.

The Insurance Institute for Highway Safety (IIHS) awarded the Volvo S80 (sedan variant) their Top Safety Pick award. The S80 was granted the IIHS's highest rating of "good" in front, side, rear and roof strength tests and has Electronic Stability Control as standard equipment to receive the award 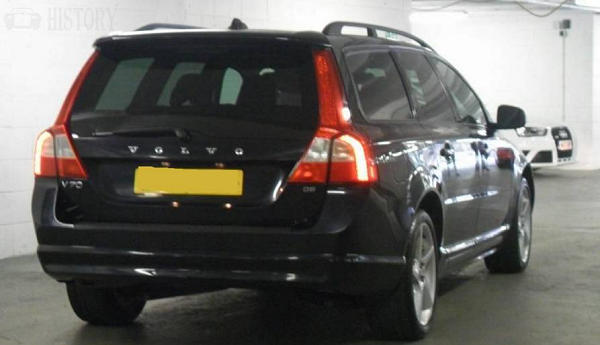