The Volvo 440 and 460 are versions of a small family car produced by the Swedish manufacturer Volvo Cars between 1987 and 1997. They were built at the NedCar factory in Born, Netherlands, and released in Europe in 1987 and 1989 respectively.

The 440 was a 5-door front wheel drive hatchback and the 460 a saloon. They shared many components with the already-successful Volvo 480, including floorpan, front and rear suspension, engines, transmission and braking systems.

The Volvo 440/460 Series models were designed to fit in below Volvo's bigger saloon and estate cars as a replacement to the 340/360 Series, to compete with the likes of the Ford Sierra.

Using the basis of design first seen on Volvo's prototype "G1" and later renamed "G12" prototype, the 5 door family car was originally designed as a 5 door version only before a sedan/saloon version was designed in Sweden. First generation 400 series cars resemble the bigger 940, whilst the facelifted example bore a resemblance to the Volvo 850 to increase sales. The interiors of the 400 series variants were designed by famed Volvo designer Peter Horbury.

Safety has always been an issue of primary importance to Volvo, who have developed many features since adopted widely throughout the car industry. Crumple zones were carried on from the previous 300 series into the design of 400 series cars, aided by additional airbags both for passenger and front driver. Other safety items included a high-level brake-light; a 'bulb blown' warning system; 'door open' warning light; adjustable seat belts with pretensioners and a seatbelt reminder/warning light: all of which all came as standard on all models throughout the range.

Safety was further improved on models from 1993 onward with the introduction of side-impact protection (or SIPS).[2] This was virtually unheard of at the time, and was provided (again as standard) by the forerunner of the SIPS system used on all modern Volvo cars. UK models also included daytime running lights as standard although these could be disabled by the dealer at the owner's request.

The original advertising campaign for the 400 range centred on occupant safety. A family of crash test dummies appeared to 'survive' intact after driving the car through a plate glass office window some storeys up. Various other scenarios simulating crashes were employed in addition, all of which ended with the family walking away relatively unharmed — only to be used again in further crash tests.

At launch, Volvo decided to offer a 4 speed ZF conventional style automatic transmission, even if it took Volvo a few more years to redesign the DAF-derived CVT transmission with engines over 1700cc. Not all 440s or 460s fitted with automatic transmission had the CVT (constantly variable transmission) version, the majority having a conventional 4-speed automatic. The CVT transmission, as fitted to the last generation 440/460 series, used steel belts (as opposed to rubber belts used in the 300 series) and was known as Transmatic, although cars equipped with this auto box were renamed HTA (short for High Tech Auto).

This differs from the rubber belt-driven system in the 340, which was known as 'Variomatic'. The HTA gearbox was subsequently used in Rover's Metro redesigned model (last generation) and carries the VT-1 model component number.

The specifications of most models of 440 and 460 were relatively high when compared with similarly priced alternatives. The list of options included as 'standard' grew and changed regularly throughout the lifespan of the car, varying from country to country and later also differing according to trim level. Furthermore, various 'special editions' were also introduced with equipment differing from that found as standard on all other models; making any more general comparison difficult.

There were two generations of 440/460: the 'Mark 2' replacing the original model from 1994. Changes included a new bonnet and nose, new rear light clusters, body-coloured bumpers, a different grille and numerous new options of engine, spec. level and equipment. The changes made the cars resemble the very successful Volvo 850 model more closely.

From 1994, the engines became slightly more powerful. Diesel versions also became available: a 1.9-litre Renault turbodiesel option (89 bhp) was offered, badged as either TD or Turbo Diesel, depending on which European market the car was sold in. Volvo also released a limited market 1.8 HTA - the "High Tech Auto," using a much improved electric belt assisted CVT auto transmission but it was short lived and not many models survive. 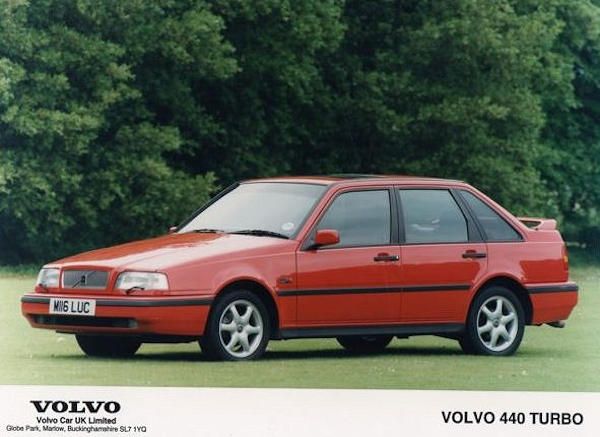 Early cars were available in L, GL, GLE, GLEi, GLT and Turbo trims. The L & GL trim level was basic; GLE was plush and along with the GL model offered additional split seats compared to the fixed one piece rear bench on the L model; and GLT was the 'luxury' trim level. GLT and Turbo were externally similar, both featuring lowered sports suspension and a large rear spoiler. Other trim levels were gradually phased in, such as limited edition Si and Xi, and Turbo later became simply an engine variant, rather than a full trim variant.

From 1992, the range was the same for a year-and-a-half. As a result of the 1994 facelift, the range altered drastically. Trim levels were now: base, S (which was intended as a "family" variant), Si (intended as a "sports" variant), SE ("business" variant), GLT ("performance" variant) and CD ("luxury" variant) trims. An Li model also appeared in 1994, offering base spec with the addition of power steering (and, on later models, a sunroof).

From at least 1995 onwards, all engine choices were available with all trim levels.

The later Si models and all GLT models were easily distinguishable from the rest of the range, due to the additions of sports suspension (making the car ride visibly lower) and a large rear spoiler. The GLT's specification was, however, significantly higher in featuring part leather upholstery, alloy wheels, ABS, traction control and an uprated stereo system as standard equipment.

The SE was also slightly more distinguishable, having a small rear spoiler which it shared only with the limited edition ES pack model. The ES pack could be added to cars of any engine variant from late 1995. It featured sports suspension, 15" alloy wheels (see below), metallic paint, door sill decals, electric front windows, electric heated mirrors, front and rear armrests, ABS and immobiliser in addition to the small spoiler and an uprated stereo unit.

The S model was also notable, having twofold-out child booster seats integrated into the car's rear seat, a dustbin incorporated in the dashboard and rear headrests. However unlike all the 300 series, the 440 had, at last split rear seats fitted, though only the basic models lacked a split.

Specification of all later cars was high, with many featuring air conditioning (particularly as a result of a special offer operated by Volvo in the UK in 1995 where £100 deleted the standard electric glass sunroof from the car's specification in favour of air-conditioning and 15" alloy wheels identical to those fitted to Volvo 850 CD models, albeit with lower-profile tyres), remote central locking, electric aerial, electric windows, electric door mirrors and heated front seats.

The line up was reduced (for example, the Si and GLT models were replaced by the GS, which had all of the Si's equipment and some of the GLT's, such as ABS) prior to production ceasing in 1997, when the Volvo S4/F4 and after a hasty realisation that both Audi and Ferrari objected to the new names, quickly changed to the Volvo S40/V40 replaced the 440/460 series with the co-merged Mitsubishi Carisma platform. 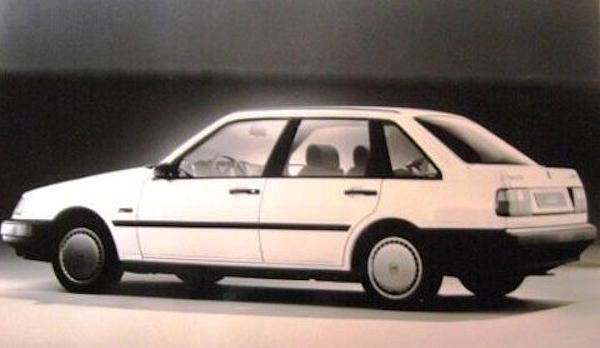