The Volvo 780 Coupé debuted at the International Auto Show in Geneva, Switzerland in 1985, marking Volvo's return to the two-door coupé market following the departure of the 262C in 1981. The 780 became available in Europe in 1986 and in United States a year later.

Like its predecessor, the 780 was designed and built by Carrozzeria Bertone in Turin, Italy. The hood, trunk, and roof lines were all slightly lower than the standard 700 series profile, and the C-pillar was wider and had a more gradual slope down to the trunk. Headroom was improved over the 262C because of Bertone’s mere 1 cm lowering of the roofline. Window frames all had black matte trim, and were accented with chrome. Chrome also highlighted the door handles, bumpers, and side mouldings. Originally, it had been planned to use a smaller 2,458 cc turbocharged version of the PRV V6 (as seen in the Renault 25 and Alpine), which had been successfully tested in 740s and 760s. In the smaller engine room of the 780, however, the engine overheated and the PRV V6 Turbo never appeared in a Volvo.

In the first two years the 780 was available worldwide ('86 and '87) the 780 was available with the B280F V6 engine and a solid (live) rear axle. In the Italian market, originally only the Volkswagen built D24TIC was to be offered, with 129 PS (95 kW), but soon the V6 also became available and a 155 PS (114 kW) 2.0-litre turbo (B200ET) Italian tax special was also added in 1986. In the following year, the 780 came equipped with Volvo's independent rear suspension, which used self-leveling Nivomat shocks, to keep ride height correct.

Volvo offered various transmissions depending on the year/model/engine combinations including the:

There were also different suspension combinations depending on the model chosen: 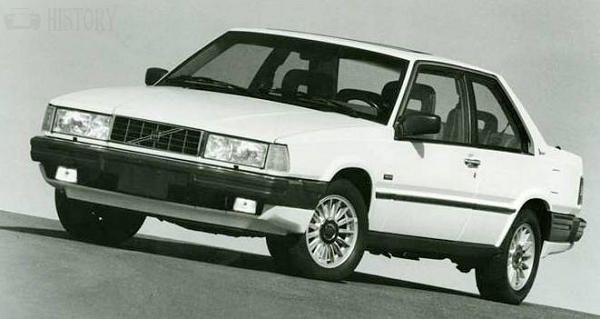