In the autumn of 1950 the model returned with a new front, similar to the front of the PV444 and the small lorry L340. The cars were renamed PV831 and PV832, respectively. In 1953 independent front suspension became optional. That same year, a civilian executive version, Disponent, saw the light of day.

By the end of the 1950s the Sow was quite outdated. Volvo planned for a successor, project P358, which was to be a large car powered by a V8, but that car never materialized, so when production of the PV800 Series ended in 1958 Volvo left the taxi market unattended. The recently introduced P120 Amazon was too small to serve as a taxicab and there were almost ten years before Volvo presented a new car, suitable for taxi use, the 144. 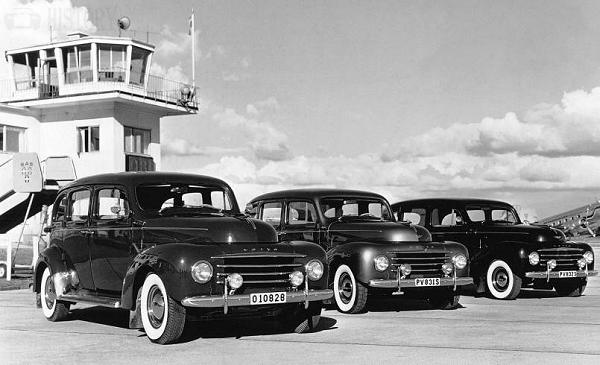