The Volkswagen Corrado is a sports car developed by the German manufacturer Volkswagen, built at the Karmann factory in Osnabrück, Germany. It was designed by Herbert Schäfer and was produced between 1 September 1988 and 31 July 1995.

Originally conceived as a possible successor to the Porsche 944, the Corrado is a three-door hatchback/liftback with a 2+2 seating layout. The car's floorpan is based on the A2 platform (i.e. MK2 Golf/Jetta) and, with the exception of VR6 models, all versions use the subframes, suspension, steering and braking components from the A2 model range.

The VR6 uses suspension components from the A3 model range, including the rear axle assembly and some parts of the A3's 'plus' type front axle assembly. The subsequent wider front wheel-track of the Corrado VR6 necessitated the fitting of new front wings with wider wheel arches and liners along with a new front bumper assembly. Together with a new raised-style bonnet to accommodate the VR6 engine, these body improvements were carried across the model range. 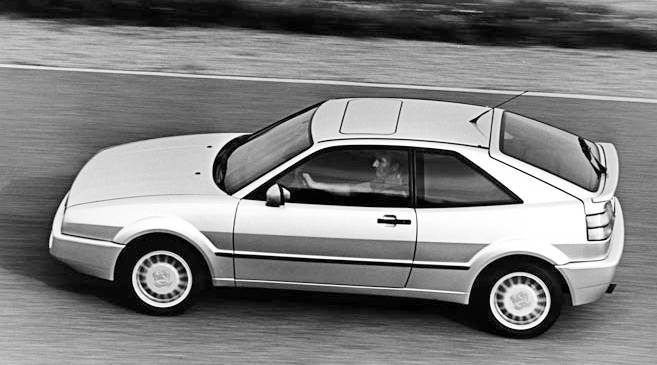 Auto Express magazine describe it as "Regarded as one of VW’s best-ever drivers’ cars".The VR6 model was listed as one of the "25 Cars You Must Drive Before You Die" by the British magazine, Car and 'By far the most desirable version of the Corrado' by Auto Express. In MSN Autos 'Cool Cars We Miss' feature they listed the Corrado among its top eight "Gone but not forgotten: a short list of cars once loved, still missed", describing it in the following manner: "The VW Corrado VR6 is coveted because of its seductive styling, road handling capabilities and its role as trailblazer, introducing the VR6 to the American market."

All models featured an electrically adjustable rear spoiler, which can be raised or lowered by the driver.

In 1988 in the first incarnation of the BBC TV show Top Gear, the racing car driver and presenter, Tiff Needell, reviewed the Corrado in G60 form, giving it a positive review and stating that "Handling-wise, the Corrado is classic front-wheel drive, and it's really very, very good indeed." In 2003, in series 3 of the relaunched Top Gear, presenter Richard Hammond identified the Corrado as a future classic, "a kind of classic waiting in the wings... I think it's really rather special... the result is fantastic." He also stated that the Corrado "was too expensive, and nobody bought it". 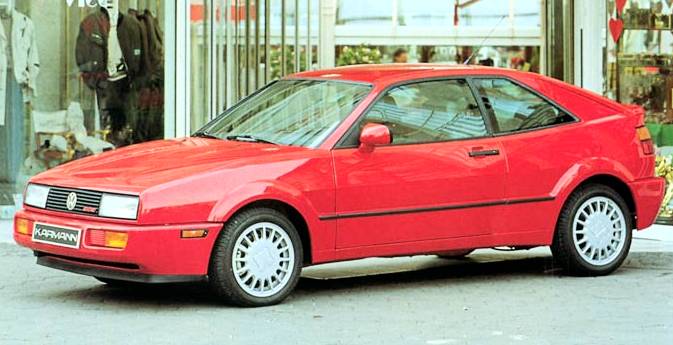 97,521 Corrados were manufactured in total.

Launched in late 1988, (three years before the end of Scirocco production) All Corrados were front-wheel drive and featured petrol engines. It debuted with two engine choices: a 1.8 litre, 16-valve, inline-four with 136 bhp (101 kW; 138 PS),and a supercharged 1.8 litre, eight-valve inline-four, marketed as the G60, and delivering 160 bhp (120 kW; 160 PS). The Corrado G60 is named for the G-Lader with which it is equipped, a scroll supercharger whose interior resembles the letter "G".

Volkswagen introduced two new engines for 1992. The first was a naturally aspirated 2.0 litre, 16-valve, 136 bhp (101 kW; 138 PS) inline-four, basically a further development of the 1.8 litre engine; this engine was not made available to the North American market. The second was the 12-valve VR6 engine which came in two variants: a 2.8 litre 179 bhp (133 kW; 181 PS) model for the US and Canadian markets and a 2.9 litre and 192 bhp (143 kW; 195 PS) version for the European market. In the United States the VR6 model was marketed as the Corrado SLC (sport luxury coupe). With the introduction of the VR6 engine, the G60 engine disappeared from the North American market after 1992 and European market in 1993. The VR6 engine provided a compromise between both V-shaped and straight engines, by placing the two cylinder banks at an angle of 15° with a single cylinder head. This design allowed engineers to fit a six-cylinder engine into roughly the same space that was previously occupied by four-cylinder engines, while closely approaching the smoothness of a straight-six design. 1994 was the last model year of the Corrado in the United States.

A 2.0 litre eight-valve model 115 bhp (86 kW; 117 PS) was produced in Europe in 1995. this a UK-only limited production model was sold, the Corrado Storm. Some discreet "Storm" badging, a colour-keyed front grille, 15 inch BBS "Solitude" alloy wheels, and standard fitment of some previously optional items (such as the leather heated front seats) were all that differentiated this model from the base Corrado VR6. Only 500 were produced, 250 in Classic Green with a cream leather interior, and 250 in Mystic Blue, a colour unique to the Storm, with a black leather interior.

The Campaign model was made only in 1992. It was a VR6 Corrado available only in Dusty Mauve Pearl Effect paint and with a brick red leather interior. 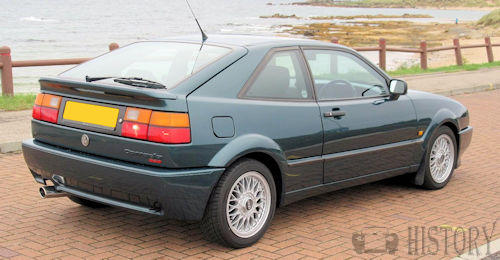