A new version of the Volkswagen Passat, based on the Volkswagen Group B5 platform, was launched in 1996 in Europe, and 1997 in North America. Its PL45 platform was shared with the first-generation "Typ 8D" Audi A4, which was unveiled 2 years earlier, and saw a return to the Passat sharing its platform with Audi's equivalent model for the first time since the second-generation (B2) Passat, which shared its platform with the second-generation "Typ 81" Audi 80/Audi 90 (the A4 is the successor to the Audi 80 line).

The Passat introduced a new design language, first seen on the Concept 1 concept car, for the latest generation of Volkswagens such as the Mk4 Golf, Bora and Polo Mk4. The smooth lines, heavily raked windscreens, and smooth underpinnings helped give the B5 Passat a low coefficient of drag, rated at 0.27 (saloon model).

The car featured fully independent four-link front suspension; and a semi-independent torsion beam for front-wheel-drive models or a fully independent suspension on the 4motion 4WD models. 4WD was introduced in 1997 as an option for the 1.8, 2.8 V6, 1.9 TDI and 2.5 V6 TDI engines, using a second-generation Torsen T-2 based 4WD system to minimise loss of traction. The 1.8 litre petrol engine in the Passat and Audi A4 has a lower oil capacity than transverse applications of the same engine (4.6 quarts in transverse, 4.3 quarts longitudinal), and may suffer from oil sludge problems as a result, if not changed at regular intervals with fully synthetic oils. Three transmission options were available: a 5-speed manual transmission, a 6-speed manual transmission (codename 01E) and a 5-speed automatic transmission with tiptronic.

A 4.0 litre W8 engine producing 275 PS (202 kW) was introduced in 2001 in a luxury version of the car that included standard 4motion all-wheel drive. This engine was intended to be a test bed for Volkswagen Group's new W engine technology, which would later make an appearance on the W12 in the Phaeton and Audi A8, and the W16 engine in the Bugatti Veyron.

A lengthened platform went on to underpin the 'Passat' that was introduced in China in late 1999 by Shanghai-Volkswagen. This long-wheelbase version was rebadged and launched in Europe as the Škoda Superb in 2001. Both have a 100 millimetres (3.9 in) longer wheelbase and length than the standard B5 Passat. An updated version called the Passat Lingyu was released in 2005, which has the 2.0 litre, 1.8 litre Turbo, and 2.8 litre V6 petrol engines. 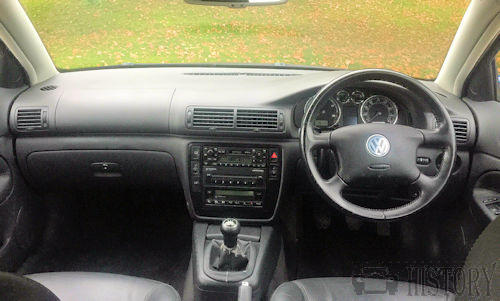 Models sold in Europe and the Republic of Ireland were similar apart from the trim level naming schemes; the trim levels were Volkswagen's "lifestyle" naming scheme, which were Comfortline, Trendline, and Highline. A base model was also available too.

Versions sold in Mexico are the same as their European equivalents.

In the UK, Top Gear's 2005 survey rated the Passat as the third least satisfying large family car to own, with only the Fiat Marea and Rover 45 Saloon receiving a worse rating. It fell behind most of its crucial rivals, namely the Ford Mondeo, Vauxhall Vectra, Citroën C5 and Peugeot 406. 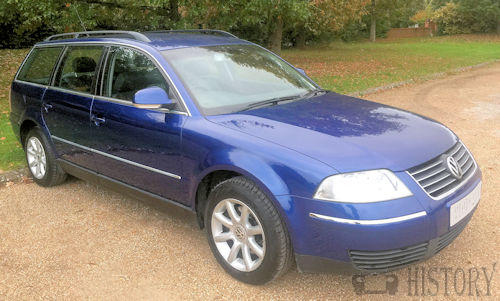