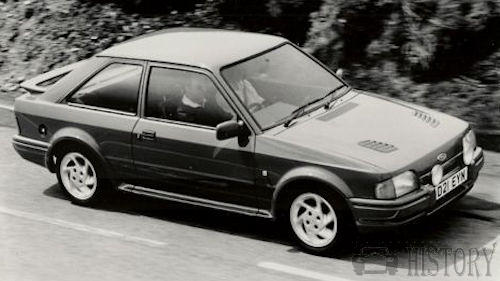 View all Hot Hatch cars in related items Below.

Hot hatch (shortened from hot hatchback) is a high-performance derivative of a car body style consisting of a three- or five-door hatchback automobile. The performance upgrades of a hot hatch are sometimes available for the estatevariant of the car, often called sportwagons.

Vehicles of this class are based on family-oriented automobiles, and are equipped with an uprated more powerful internal combustion engine, improved suspension, and may also include additional "aerodynamic" body parts and larger wheels and tyres. Front-mounted petrol engines, together with front-wheel drive, is the most common powertrain layout, although some can be specified as diesel-powered, and rear or four-wheel drive hot hatches are also available.

Origination of the term

The term hot hatch gained widespread use during the 1980s in the UK, first as 'hot hatchback' by 1983 and then shortened to 'hot hatch' in the motoring press in 1984, and first appeared in The Times in 1985,and is now commonly and widely accepted as a mainstream, if still informal term. It is retrospectively applied to cars from the late 1970s but was not a phrase used at the time.

Within the United States, hot hatches are classified along with saloons and small coupes as sport compacts and elsewhere the term sport sedan is often used.

Development of the hot hatch

The car that popularised the concept of the hot hatch is the 1976 Volkswagen Golf GTI, announced at the 1975 Frankfurt Motor Show. However, the Golf GTI was not the first hot hatch with several cars from the early seventies starting the trend of sportier versions of mainstream hatchbacks such as the Autobianchi A112 Abarth in 1971 and the Simca 1100 Ti which was available on sale Europe-wide by 1974. Another early hot hatch was the Renault 5 Alpinewhich first went on sale in May 1976 and also pre-dated sales of the Volkswagen Golf GTi, by two months.

The Volkswagen Golf GTI, with the addition of a higher performance 1.6 litre fuel injected engine, sharper handling, and sports-focused marketing, helped create the birth of a huge market for small, practical cars that still had excellent performance. Its top speed was above 110 mph (177.0 km/h) at a time when most cars of this size were not even capable of 100 mph (160.9 km/h). The Golf GTI enjoyed a short run of unparalleled sales success, but by the early 1980s, car manufacturers worldwide were racing to market with their own alternatives.

Until the early 1980s, the Volkswagen Golf Mk1 GTI and the Renault 5 Alpine/Gordini dominated the retrospectively named hot hatch market segment in many European markets. However, competition was not entirely limited to non-hatchbacks, the various sports versions of the Mini, Alfa Romeo Alfasud and race-inspired enthusiasts' vehicles such as the 135 bhp (101 kW) Vauxhall Chevette HS providing sporting performance in a non-coupe body. Other hatchbacks which conformed to the new hatchback format included the 1978 Chrysler/Talbot Sunbeam Ti with 99 bhp (74 kW; 100 PS) and brisker acceleration than the Golf and followed a year later by the 2.2 litre Talbot Sunbeam Lotus offered a then astonishing 150 bhp (112 kW) and a 0-60 mph time of 6.6 seconds.

The Eighties and Nineties

From the coining of the term hot hatch in 1984, the market for small and family hatchbacks with sportier performance grew, and nearly all manufacturers included a hot hatch variant to their range. There was great variation in how the performance modifications were developed, with manufacturers selecting improving the carburettor such as the 1981 Ford Fiesta XR2 fuel injection as with the Peugeot 205 GTI -crowned "The Greatest Ever Hot Hatch" at the Birmingham Performance Car Show- and 309 GTI, turbocharging by Renault in the 5 GT Turbo and 11 Turbo or inserting larger engines such as the 2.0 litre Fiat Ritmo/Fiat Strada Abarth 130 TC. Volkswagen also experimented with supercharging in the Polo G40 and Golf G60. 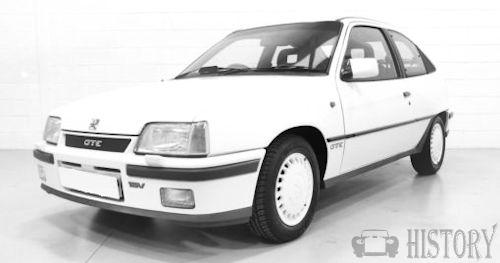 The hot hatch was a particularly popular choice of car in Britain. By 1983, more than a quarter of Volkswagen Golf sales (some 6,000 to 7,000 cars) were of the GTI, while sales of the Escort XR3i accounted for around 10% (approximately 17,000) of total Escort sales. Austin Rover had retained the MG brand, having originally abandoned it with the end of sports car production in 1980, for the "badge engineering" of its Austin-badged hatchback and saloons with higher performance. However, this was discontinued in the early 1990s under the Rover Group, with badge-engineering being discontinued and the MG marque only being used on subsequent sports cars like the MG F.

By the end of the 1980s, the hot hatch had taken its place across Europe, and was pushing into other worldwide markets. The brief heyday of Group B rallying pushed the hot hatch genre to its limits, and small numbers of ultra-high performance variants were manufactured to comply with the rally rules (often termed "homologation specials"). These vehicles represented a brief, extreme branch of the hot hatch, and included such notable vehicles as the Lancia Delta S4, MG Metro 6R4 and Peugeot 205 T16. 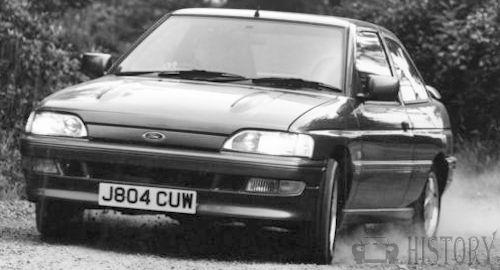 From the 1990s, the choice of hot hatches widened, with most examples still from the European motor manufacturers, with the Japanese makers making an impact too, and were primarily destined for European markets. New entries to the market and higher performance versions included the Ford Fiesta RS Turbo, Ford Escort RS2000 and Escort RS Cosworth, Honda Civic Type R, Nissan Sunny GTi, GTi-R, Peugeot 106 Rallye / GTi and 306 GTi-6 / Rallye, Proton Satria GTi, Renault Clio Williams / 16V, SEAT Ibiza GTi / GT 16v / Cupra, Toyota Corolla GTi. Ford also revived its historic RS2000 designation for the Escort in 1991; it had last been used 11 years earlier on the demise of the old rear-wheel drive Escort RS2000 saloon. The XR3i was discontinued in 1994. Volkswagen built on the success of its GTI models by launched an even faster VR6 version of the Golf in 1991, with a 2.8 V6 engine and a top speed of 138 mph (222.1 km/h), which overtook the Astra GTE 16v as Europe's fastest hot hatch at the time.

Most hot hatches continued to still be of European origin, with competitive models principally from Britain, France, Italy and Germany. Outside of Europe, Japan is a major exporter of hot hatches. Several hot hatches are exported to Australia and North America where they compete with local sport compact models. During the 2000s manufacturers started to emphasise the sub-brand of their hot hatch derivatives such as Renault's Renault Sport, Opel's OPC, Vauxhall's VXR and Fiat's Abarth.

Post 2000 also saw the introduction of the first ever Korean Hot Hatch, the 3-door Pro_Cee'd GT and 5-door Cee'd GTfrom Kia Motors. Kia originally intended this car to be a Warm Hatch, however the motoring press and now Kia themselves refer to it as a Hot Hatch. Hyundai Motors released their Korean Hot Hatch in 2012, with a turbo variant of their Hyundai Veloster, as well as a Elantra GT hatchback in 2001, both achieving 200bhp.