View all Pick Up Trucks in related items Below.

A pickup truck is a light duty truck having an enclosed cab and an open cargo area with low sides and tailgate. Once a work tool with few creature comforts, in the 1950s consumers began purchasing pickups for lifestyle reasons and by the 1990s less than 15 percent of owners reported use in work as the pickup truck's primary purpose. Today in North America, the pickup is mostly used like a passenger car and accounts for about 18 per cent of total vehicles sold in the US.

The term pickup is of unknown origin. It was used by Studebaker in 1913 and by the 1930s pick-up (hyphenated) had become the standard term. In Australia and New Zealand ute, short for utility, is used for both pickups and coupé utilities. In South Africa people of all language groups use the term bakkie, a diminutive of bak, Afrikaans for bowl. 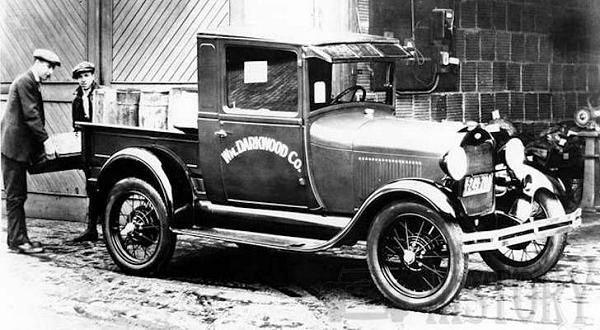 In the early days of automobile manufacturing, vehicles were sold as a chassis only, and third parties added bodies on top. In 1913 the Galion Allsteel Body Company, an early developer of the pickup and dump truck, built and installed hauling boxes on slightly modified Ford Model T chassis, and from 1917 on the Model TT. Seeking part of this market share, Dodge introduced a 3/4-ton pickup with cab and body constructed entirely of wood in 1924. In 1925 Ford followed up with a Model T-based steel-bodied, half-ton with an adjustable tailgate and heavy-duty rear springs. Billed as the "Ford Model T Runabout with Pickup Body," it sold for US$281. 34,000 were built. In 1928 it was replaced by the Model A which had a closed-cab, safety glass windshield, roll-up side windows and three-speed transmission. In 1931 Chevrolet produced its first factory-assembled pickup. Ford Australia produced the first Australian "ute" in 1932. During the Second World War, the United States government halted the production of privately owned pickup trucks. 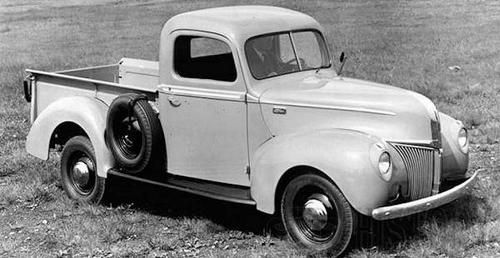 In the 1950s consumers began purchasing pickups for lifestyle rather than utilitarian reasons.Car-like smooth-sided fenderless trucks were introduced, such as the Chevrolet Fleetside, theChevrolet El Camino, the Dodge Sweptline and in 1957, Ford's purpose-built Styleside. Pickups began to feature comfort items like power options and air conditioning. Trucks became more passenger oriented with the introduction of crew cabs in the Toyota Stout and the Hino Briska, was introduced in 1962. Dodge followed with a crew cab in 1963, Ford in 1965, and General Motorsin 1973.

In the U.S.A., the 1963 protectionist chicken tax distorted the light truck market in favor of American manufacturers, stopping the import of the Volkswagen Type 2, and effectively "squeezed smaller Asian truck companies out of the American pickup market."Over the intervening years, Detroit lobbied to protect the light-truck tariff,thereby reducing pressure on Detroit to introduce vehicles that polluted less and that offered increased fuel economy. 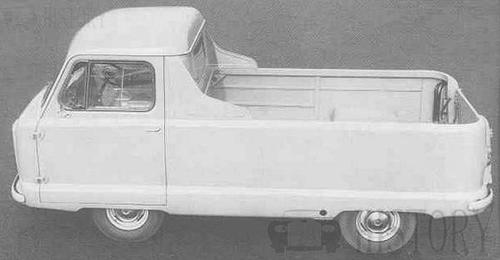 The US government's 1973 Corporate Average Fuel Economy policy sets higher fuel economy requirements for cars than pickups. CAFE led to the replacement of the station wagon by the minivan, the latter being in the truck category which allowed it compliance with less-strict emissions standards. Eventually, this same idea led to the promotion of the SUV.Pickups, unhindered by the emissions controls regulations on cars, began to replace muscle cars as the performance vehicle of choice. The Dodge Warlock appeared in Dodge's "adult toys" line, along with the Macho Power Wagon and Street Van. The gas guzzler tax, which taxed fuel-inefficient cars while exempting pickup trucks, further distorted the market in favour of pickups. 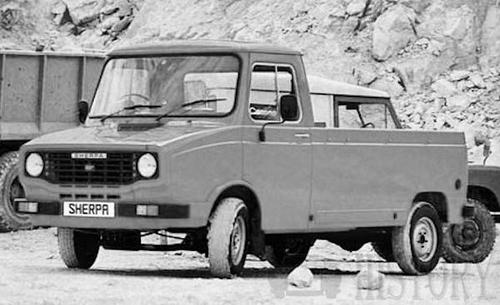 In the 1980s, the compact Mazda B-series, Isuzu Faster and Mitsubishi Forte appeared. Subsequently, American manufacturers built their own compact pickups for the domestic market: the Ford Ranger, and the Chevrolet S-10. Minivans make inroads into the pickups' market share. In the 1990s Pickups' market share was further eroded by the popularity of sport utility vehicles.

While the Ford F-150 has been the best-selling vehicle in the United States since 1982, the Ford F-150, or indeed any full-size pickup truck is a rare sight in Europe, where high fuel prices and very narrow city roads make it difficult to use on a daily basis. In America pickups are favored by low fuel prices, taxes and regulations that distort the market in favor of domestically built trucks, and a cultural attachment to the style.

Full-size pickups and SUVs are an important source of revenue for GM, Ford, and FCA's Ram, accounting for more than two-thirds of their global pre-tax earnings, though the vehicles make up just 16 percent of North American vehicle production. The vehicles have a high profit margin and a high price, with 40 per cent of Ford F-150 selling for US$40,000 or more.

The NOx law prevents pickups from being imported to Japan, but the Japanese Domestic Market Mitsubishi Triton is available. In China (where it is known by the English loanword as 皮卡车 pí kǎ chē) the Great Wall Wingle is manufactured domestically and exported to Australia. In Thailand pickups manufactured for local sale and export include the Isuzu D-Max and the Mitsubishi Triton. In Latin and South America the Toyota Hilux, Ford Ranger, VW Amarok, Dodge Ram, Chevrolet S-10, D-20, and Montana are sold.

In South Africa pickups account for about 17 per cent of the passenger and light commercial vehicle sales, mostly the Toyota Hilux, Ford Ranger, and Isuzu KB (Isuzu D-Max). The Volkswagen Amarok and Nissan Navara are also sold, that latter marketed as the Nissan NP300 Hardbody.

A regular cab has a single row of seats and a single set of doors, one on each side. Extended or super cab pickups add an extra space behind the main seat, sometimes including small seats. A crew cab, or double cab, seats five or six and has two full-size front-hinged doors on both sides. Cab-over, or cab forward has the cab sitting above the front axle. An early cab-forward drop-side pickup was the Volkswagen Transporter, introduced in 1952. This configuration is more common among European and Japanese manufacturers than in North America, since the style allows a longer cargo area for the same overall length. The design was more popular in North America in the 1950s and '60s, examples including the Jeep Forward Control, Ford Econoline, Chevrolet Corvair, Rampside and Loadside pickups, and the Dodge A-100.

The cargo bed can vary in size according to whether the vehicle is optimized for cargo utility or passenger comfort. Most have fixed side walls and a hinged tailgate. This is termed step-style or well body cargo. A drop-side bed has a flat tray with hinged panels rising up on the sides and the rear.

A pickup with four rear wheels instead of two is called a dually.

Vehicles similar to the pickup include:

In the American domestic market pickups are general categorized as:

The terms half-ton and three-quarter-ton are a remnant from a time when the number referred to the maximum cargo capacity by weight.