The last of the Victors, launched in March 1972,was the FE (1972–1976). Magazine and newspaper advertisements used the marketing slogan, "NEW VICTOR - The transcontinentals". The car appeared substantially larger than its predecessor, but was actually no wider and only 2 inches (5 cm) longer with much of the extra length accounted for by larger bumpers. Nevertheless, a higher cabin and improved packaging enabled the manufacturer to boast of 1.5 inches (38 mm) more leg room in the front and no less than 4 inches (100 mm) of extra leg room in the back, with virtually no loss of boot/trunk capacity. Useful increases in headroom and shoulder-level cabin width were also achieved through the use of differently shaped side panels and windows.

Most UK cars in this class featured manual transmission and with the FE Vauxhall belatedly fell into line with their principal UK competitor by including a four-speed gearbox - available only at extra cost on the old Victor FD - as standard equipment. The FE's extra weight presumably made this development irresistible. The four-speed transmission used the same box and ratios across the range, from the 1759 cc Victor to the torquey 3294 cc Ventora-badged version: contemporary road tests of the four-cylinder cars comment adversely on the wide gap - highlighted on the mountain roads included in the Portuguese route chosen for the car's press launch - between second and third gears. 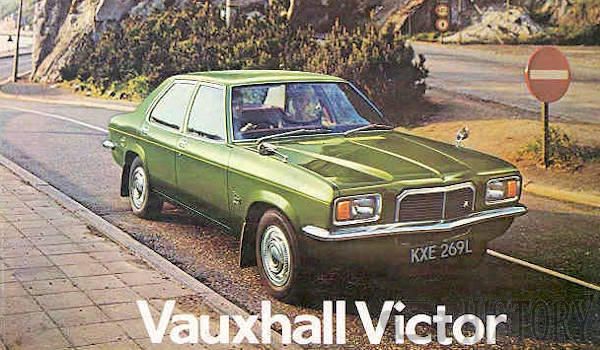 Although the architecture of the suspension remained as before, numerous detailed modifications were made to counter criticism of the old model. Changes included an anti-roll bar as standard equipment on all but the entry-level models, and stiffer springs at the back, intended to compensate for the Victor's tendency to understeer. At the front the springing remained soft by the standards of the time: the track was widened (by 1.7 inches / 4 cm) and wheel geometry modified to incorporate "anti-dive action", improvements intended to address the Victor's tendency to wallow, which by then was attracting criticism from performance-oriented commentators.

The new Victor shared its floorpan with the Opel Rekord but retained a distinct bodyshell, its own suspension and rack-and-pinion steering as opposed to the Rekord's recirculating ball unit. The front end incorporated the then advanced detail of having the slim bumper bisect the grille, with a third of the grille and the side-lights (on quad headlamp models) below the bumper line. This potentially attractive feature was completely ruined in markets where the licence plate was mounted so as to conceal the lower part of the grille.

Comparisons between the Victor and its broadly similar Rüsselsheim built cousin were inevitable. An important difference from the back seat involved the rear doors. The Opel's door incorporated rear quarter lights and windows that wound fully down into the door whereas Vauxhall's designers preferred the "cleaner uncluttered look" arising from their elimination of rear quarter lights. The fact that back seat passengers could only open their windows down to approximately a third of their depth before further opening was blocked by the presence of the wheel arches was held out as a safety feature to complement the fitting of child-proof locks, given that back-seat passengers would no doubt include small children.Despite the absence of shared body panels anywhere that they could be seen, detailed investigation disclosed that minor assemblies such as the door locks and the wiper mechanisms were shared with the Opel Rekord D.

The FE Victor was the last Vauxhall to be designed independently of Opel. The engines were carried over from the FD range although enlarged to 1759 cc and 2279 cc. For a short period, the straight-six engine was used in the Ventora and 3300SL models, the latter effectively a Victor Estate with lesser trim than the luxury Ventora. The estates had a more sloping rear, similar to a hatchback, than the Rekord equivalent. The FE estate in fact had perfect 50/50 weight distribution. For the 1974 model year, the Victor underwent a light facelift with some interior modifications as well.

1974 finally saw the introduction of a proper Ventora Estate, along with running changes for the rest of the range. For some markets there was also a smaller 2.8 litre version of the big six available in the Ventora and Victor 3300 SL Estate;with more weight and less power than the four-cylinder, as well as higher fuel consumption, the extra cost was hard to justify and it soon disappeared from price lists along with the Ventora 3.3 litre.

World energy crises, falling exports and an increasingly muddled image led to Vauxhall's decline during the early 1970s, such that sales of the FE slumped to 55,000 units before it was transformed to the VX series in January 1976. 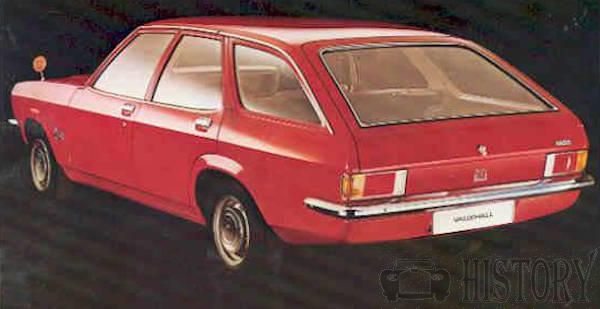 At the start of 1976 the relatively large 1800 cc Vauxhall Victor came with a recommended sticker price lower than that of the more modern but smaller and relatively well equipped Vauxhall Cavalier GL which will have encouraged fleet managers to negotiate for higher discounts on the Cavalier and left the basic Victor looking embarrassingly underpriced. To try to move the Victor upmarket, Vauxhall upgraded the trim level of the basic Victor 1800 cc to match that of the 2300 cc version, with improvements that included fabric seat trim, a new clarified instrument display embellished with mock timber surround as well as a new central console Seat belts and hazard warning flashers were now included in the recommended price across the range. Under the bonnet / hood various upgrades were made to the 1800 cc engine which now offered 88 bhp (66 kW; 89 PS) of output in place of the 77 bhp (57 kW; 78 PS) previously claimed The changes carried a weight penalty, but performance was nevertheless usefully improved with top speed up from 89 mph (143 km/h) to 100 mph (161 km/h).To draw attention to the changes Vauxhall also dropped the Victor name, and the car, which also replaced the Victor based VX4/90, became the Vauxhall VX in January 1976. The VX Series is distinguished from the outside by a simplified grille and revised headlights.

Since the demise of the Vauxhall Cresta more than three years earlier, only the Ventora had used the old Vauxhall six-cylinder engine: but now the four-cylinder VX 2300 GLS replaced the six-cylinder FE Ventora as Vauxhall's flagship.

The more sporting VX 4/90 was re-introduced, now based on the VX (formerly Victor FE), in March 1977 with a 5-speed close-ratio Getrag gearbox, initially for mainland European export markets only. The car featured a modified, twin-carburettor version of the existing 2279 cc four-cylinder engine for which an output of 116 bhp (87 kW; 118 PS) was claimed, up from 108 hp (81 kW; 109 PS) in the VX 2300, and a prototype fuel-injected variant was tested but not put into production. The car was fitted with halogen headlights and supplementary fog-lights fitted beneath the front bumper, and also benefitted from extra sound-deadening materials to reduce road noise. The side window frames were fashionably blackened, and only four exterior colours could be specified, of which three were metallic. The manufacturer stated that the UK market would receive right-hand-drive versions of this latest incarnation of the VX 4/90 only in 1978. In 1978 the Vauxhall Carlton was released as a direct replacement for the VX1800/2300, production of which ended in the same year. 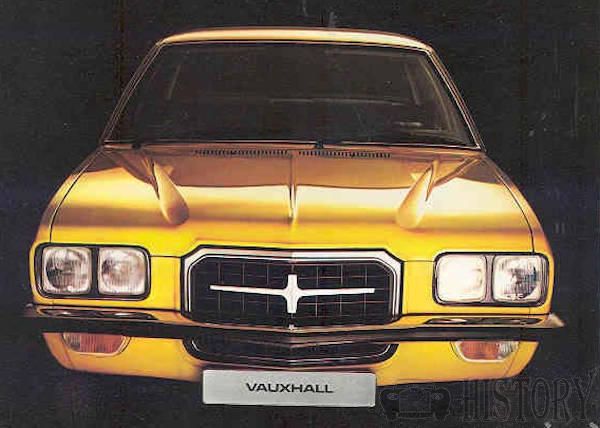 The VX four-ninety was first added in approximately 1962 to the FB series as a performance oriented version. During the FB series, the name changed slightly to VX 4/90 which continued to be used until the end of the FE range although the final VX 1978 incarnation carried badges which read VX490. The VX Four Ninety designation originally came from its engineering designation - Vauxhall eXperimental four-cylinder engine of 90 in³ capacity. As well as performance increasing modifications, VX 4/90s also had a number of exterior and interior modifications to distinguish them from Victors.

The Ventora, was introduced to the FD series sold between 1968 until it was dropped from the FE series in 1976. This used the Victor bodyshell, but had the Bedford derived 3294 cc straight six engine from the larger Cresta models. Again, the Ventora was distinguished from the Victor by improved trim levels and a more regal grille. 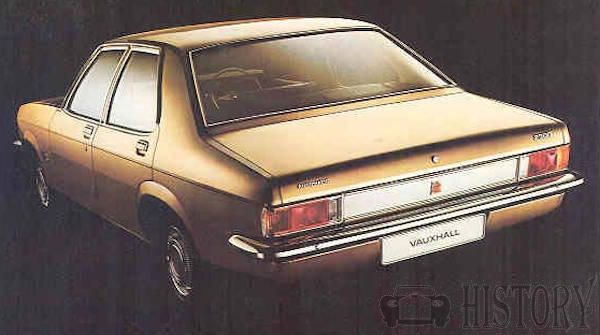