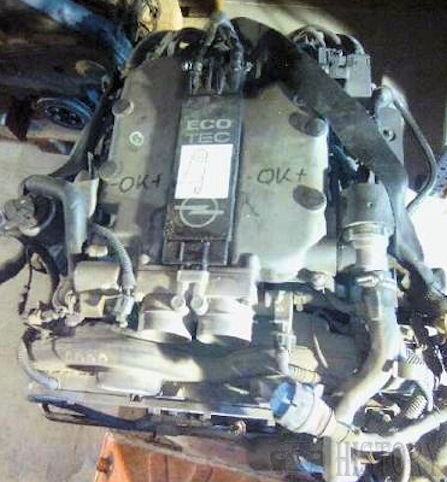 The specifications was a light gasoline engine , which should replace the previously used six-cylinder in-line . In addition, this should be so could be used in those with front-wheel drive except in the known rear-wheel drive vehicles .Result of the development was a V6 with the unusually small bank angle of only 54 ° instead of the usual 60 °. This makes it a very compact engine.

The engine was manufactured until 2004 in Ellesmere Port .

The L81 was first introduced as a 2.5 V6 in 1993 in Opel Vectra A and Calibra . Soon followed by a revised version with secondary air injection and Multiram, supplemented by a further expansion stage with 3.0 liter displacement in the Opel Omega B 1. It was available in a " MV6 " mentioned trim level based on the used Multiram V6 .
The L81 was constantly improved over its long construction period. Thus, for the model year 1998, the oil pump revised, enlarged oil passages in the cylinder head and the valve trainmodified. A year later, finally, the oil filter was changed and got a paper element.

The LA3 was the fundamentally revised version of the L81. Its production began in July 2001. The following innovations were introduced:

The first 54 ° V6 were installed in Europe in 1992 in Opel Vectra and Calibra . Later followed by Opel Omega B and Opel Signum . But also at other Group brands, the engine was used, such as Cadillac , Chevrolet , Holden , Alfa Romeo , Saab or Saturn .

The company Irmscher has offered numerous performance enhancements for the 54 ° V6, most of which were also available ex works. In addition, there were also directly remodeled by Opel vehicles (Opel Special Vehicles), primarily for the police.