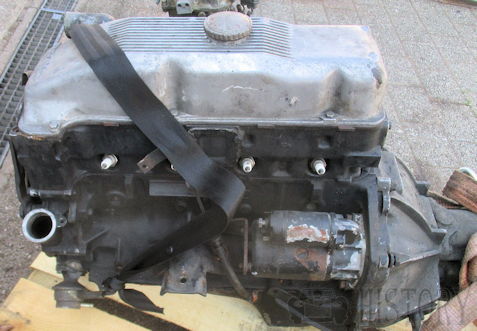 The CIH (Camshaft in Head) 4 and 6 cylinder engines of from Opel AG were used in Opel cars such as the Manta,Ascona and Cavalier and later in the Frontera from 1965 to 1995.

CIH the motor technology was introduced in 1965 with the record B and 2.8 liter engines of the captain A / A Admiral . Until 12/1993 with the end of the Omega / Senator series, it was used for nearly 30 years in various displacement variants.

As a successor to the CIH engine in the Opel Kadett D and Ascona B OHC engines with a cross-flow cylinder head made of light metal and overhead camshaft with toothed belt drive used. The new engines were more revving, more economical and had better emissions. Modifications were then offered in the Opel Rekord E 1.8N, 1.8S and 1.8i models. With the new Omega , the constructive CIH engine based "real" OHC engines with light-alloy cylinder heads finally prevailed at Opel.

The camshaft CIH engines located laterally next to the valves in the cylinder head and is of a Duplex - roller chain with hydraulic chain tensioner driven. About plungerand rocker arm it operates the hanging valves in a row. The overhead camshafts of many other OHC designs , however, allow even higher speeds by their valve trains only use rocker arms or plungers, so have less moving parts.

To adjust the valve clearance , the tilting fulcrum is moved up or down on an adjustable tie rod. The threads of the tie rods are self-locking , they can be adjusted without locknut . With the CIH engines (without hydraulic tappet), it is possible to adjust the valves when the engine is running due to the largely covered camshaft and the low-lying rocker arm pivot point. Later, hydraulic tappets with automatic lash adjuster were used, eliminating the need to adjust the valve clearance. Opel was one of the first manufacturers to introduce this maintenance simplification in the mass market.

Further features of the CIH engines are short-stroke capability and greater maneuverability in addition to a favorable torque curve . In later versions, so-called " Rotocaps " caused a small turn every time the valve was moved, which should prevent the valves from being knocked into their seats. The cylinder head and the engine block are made of gray cast iron .

Disadvantage of the design was the still used countercurrent cylinder head : inlet and outlet side were both arranged in the direction of travel on the right, which causes a higher fuel consumption due to the worse flushing of the combustion chamber .

Because the CIH engine, the fuel supply was located directly above the exhaust manifold, by the heat radiation, the fuel hoses were quickly porous . These leaks could result in a motor fire. Another known weak point of the series was the water pump which rarely outlasted more than 60,000 km and sometimes failed after just over 30,000 km. It was mainly due to a too small bearing on the belt side and a sealing problem on the impeller side. A low flow rate and the poor arrangement in the air flow (installed longitudinally) caused a poor cooling effect. At high load could overheat of the engine occur. In particular, the S and H engines (engines with high (super) and extra high compression), the 1.7-liter (83 hp), the 1.9-liter (90 and 106 hp) and 2.0-liter (100 hp) were affected to a much greater extent than the weaker N engines (regular gasoline) from cooling problems. In later years there was a remedy in the form of modified water pumps from third party suppliers with improved storage of the pump shaft, with their installation damage in the cooling circuit belonged to the past. Opel and the dealerships, on the other hand, had never known about this problem, but had participated economically in the flourishing market of replacing the notoriously weak water pumps and in the repairs. For the Opel customers this was a costly and annoying point over the entire construction period of the CIH engines.

The following displacement variants were built over the years: 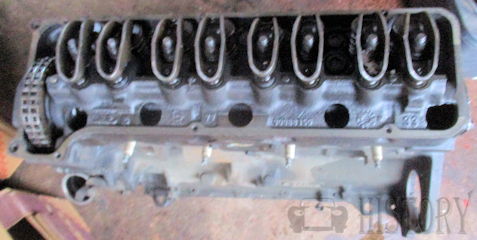